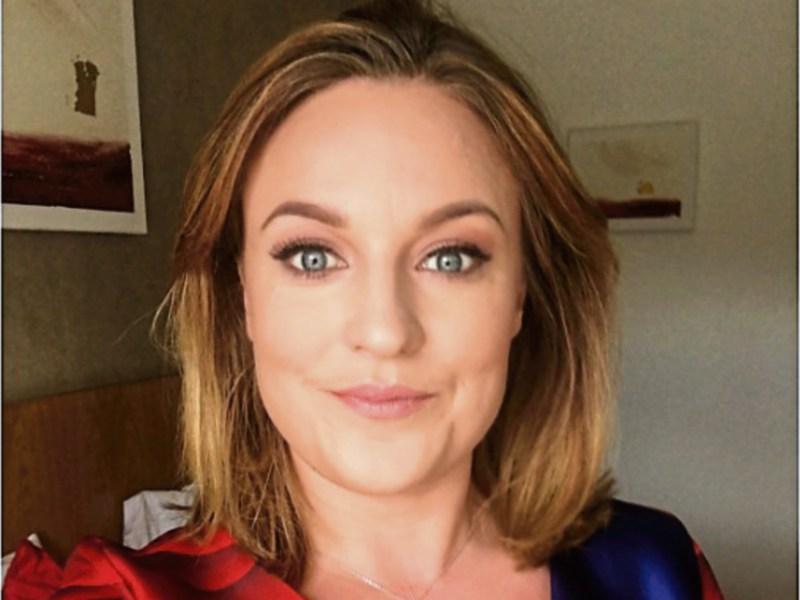 A couple of years ago a joke went around Facebook which based on the famous Maslow’s Hierarchy of needs.

Under things like Self Actualisation, Social and Safety Needs, somebody had scribbled on ‘Wifi’.

It was a joke at the time, an acknowledgement that our lives have become so bound up with the internet and social media that we feel we can’t survive without it.

It’s not a joke any more. Sociologists and economists now talk seriously about ‘digital poverty’ and use it to measure the lives of citizens of various countries around the world.

Our lives are now so integrated into the digital world that it is now accepted that broadband is now in the same ‘vital infrastructure’ category as electricity and sewage.

Kate O’Reilly, manager of the Buy Design boutique in Crookstown owned by her mother Marcella, is a perfect example. The boutique is, by her own admission, “in the middle of nowhere”. It has been in business for the past 16 years and when the recession hit, she became keenly aware that there weren’t enough customers in the hinterland of Crookstown to keep it going.

So she developed buydesign.ie which broadened out its customer base to a much wider audience.

She says now that it now accounts for 30% of the boutique’s direct sales, and probably a lot more in indirect sales because customers who come into the shop often reference an item they saw on the website. “It’s really changed our business,” she adds.

Kate is in no doubt that without its digital presence Buy Design would have gone bust.

In more recent times, the boutique has started to use social media, in particular Facebook, to promote its website.

“The broadband service was fine for the website. It doesn’t really require a very fast service,” she explained.

“It’s the best way now to interact with customers
and it generates the best feedback.

And she says that the reaction to a video, in terms of increased traffic to the website and sales, is “immediate”. However, the broadband service is not sufficient for the live streaming.

“The quantity of the videos is not good, The broadband is not strong enough.

“It we move away from the wireless box, it can drop.”

Kate sums it up like this — “the internet is evolving but broadband is not”.

Another bone of contention for Kate is the lack of competition in the market place. At the moment she must choose between two providers, Eir or Vodafone. Neither are the most reliable, and she feels she’s forced into paying for the more expensive one, which is Eir, at €60 a month, because it’s the better of the two.

A third operator, Imagine, is not operating in her area, at least not yet.

Eadestown man Conor Flynn spoke of his frustration with getting a decent broadband service. “In Eadestown we had very poor Eircom-based DSL service,” he said.

“I’ve looked at other services, and despite Imagine littering our area with signs saying that their service is available here, nobody can get it.”

Imagine installed a mast in Kilteel, which does provide a service to the people of that area, including nearby Castlewarden and parts of Ardclough, but there’s a hill between the mast and Eadestown.

Mr Flynn works as an IT security specialist, and needs to work from home in the evenings as part of providing a service to his customers.

“This has caused extreme frustration in the area. My job would allow me work one or two days at home, And my wife, who works in the IFSC, would be able to work from home as well, but we just don’t have that choice.”

Mr Flynn says that a major component of a more agreeable work/life balance is being prevented. He’s also conscious of his children who are held back from participation in school projects. And he knows it’s also a source of frustration for teachers.

He said that there is virtually no mobile coverage in the area — and therefore a dongle is not an option. “I can’t even get text messages.” If he was ever to consider a move in the future, he says that the availability of good broadband would be a major consideration for him. At the moment, he is testing the possibility of using an antenna from Wicklow Broadband.

“The antenna is pointing back at Saggart and it seems to be offering a much more reliable service, but it’s much more expensive,” Mr Flynn said, adding that he’s paying €150 a month for 9mbps. Because of his business requirements, he feels he has no option.

The profile of broadband coverage in Kildare is patchy.

In general terms, the biggest towns tend to be well served, such as Naas, Newbridge and the towns of the north east such as Leixlip, Maynooth and Celbridge.

But outside the biggest urban areas, it’s a mixed bunch.

A quick survey of people in this reporter’s phonebook revealed a patchwork variety — and the frustratons
attached to the lack of consistancy and reliabilty.

A woman in an estate it in Prosperous says “No problems. I’m on 3.”

A woman living in Naas reports “It’s not too bad. I’m with Virgin and it’s fibre broadband. It’s fast enough although slower at peak time. My folks live in Two Mile House and it’s pretty brutal out there.”

A woman in a detached house (not in an estate) in Kildare town reported: “Don’t get me started on a rant. It’s absolutely totally crap. I’m with Eir... I spend most of my day watching my computer think!My download speed is 6.76mbps and my upload is .39mbps. I’d nearly send a letter faster than an email.”

However, a resident in an estate in Kildare town reports that it’s “good, never any problem. I’m with Sky.”

A man in a house on the outskirts of Prosperous reports: “Sh*te with Sky, Eir were sh*te. 2.8 mbps tops. Sure how are we meant to illegally download stuff that that rate eh???”

A woman in an estate in Kilmeague reports: “Vodafone and coverage okay, not fantastic.”

A man in one of Maynooth’s newer estates said: “We use Virgin for broadband and phone. Coverage is quite excellent.”

A man in Staplestown reported “Sky and it is good. Very quick”.

A woman living in Monread said: “Coverage is good. We are with Eir.”

A woman who lives in Newbridge but works in Naas replied: “Naas is very good, with Eircom, Newbridge is good in the house, not the in the extension out the back, with Virgin”.

A resident of Coill Dubh said that the broadband there was “very good in the village. It’s e-fibre, so I am going at 68mbps.”

Whereas a man living in Smithstown (a rural area between Rathcoffey and Maynooth) replied: “You’re opening a can of worms with me on that topic. How long do you have?”

In general, reports Lorraine Killick, CEO of the South Kildare Chamber of Commerce, said that the area between the Curragh and Athy is very bad for broadband services.

Ms Killick said that some chamber’s members in the area, particularly the from the Curragh to Athy, have very poor intermittent
coverage and sometimes are lucky to be able to open an email.

She said she is aware that in Monasterevin one road does not have access to broadband at all.

“This is unacceptable in these modern times and in order for businesses to grow and continue to be sustainable, they need to be able to compete locally online, not to mention globally, at the highest level,” she noted.

“Ireland and in particular rural Ireland is at risk of being left behind if the Government does not upgrade and fast track the National Broadband Plan as a matter of urgency.”

Politicians working in the area back up this point. It’s a constant complaint from that part of the world, they say. And they make the point, as others have, that broadband is absolutely vital for the lives of citizens and
businesses in Kildare.

It is, they say, an absolutely vital piece of infrastructure — “a necessity rather than a luxury”, as Kate O’Reilly puts it.

On that basis, they believe, the government should intervene. To date the provision of broad band services is has been left to private companies. Eircom, or Eir as it’s known now, is responsible for the network of cables, and they are also a service provider. But then there are other service providers including Virgin, Sky, Vodafone and 3.

Some offer it along phone lines, some piggyback it along cable television lines. And then there are those, in particular Imagine, which offer the service wirelessly. The inherent problem with leaving it to private companies is that in order to maximise their profits they will chase the areas of most population.

Maximising profit is at odds with public service obligation. Now that it is generally accepted the broadband is a vital piece of infrastructure rather than a luxury service the government, in the form of independent Minister Denis Naughten is working on getting it to every home the country.

He has already introduced a number of measures which are set to fastrack the work of broadband and fibre optic cable providers.

According to the newly elected TD James Lawless, broadband comes under the same planning category as motorways and railways as strategic infrastructure and should be treated as such.

He has been working to bring broadband services to the area, and has been in contact with a number of private companies, in particular Imagine, who installed a mast near Kilteel.

And he hoped that a second mast might soon go up to service the rural areas of Donadea, Staplestown, Newtown, Broadford, Clogherinkoe and Kilshanroe. “They’re looking for expressions of interest and pretty soon, by the end of the summer, I’d hope to see another mast going up.”

He told the Leader that he “found Minister Naughten to be somebody I can work with. I’ve found him to be a good partner in this”.