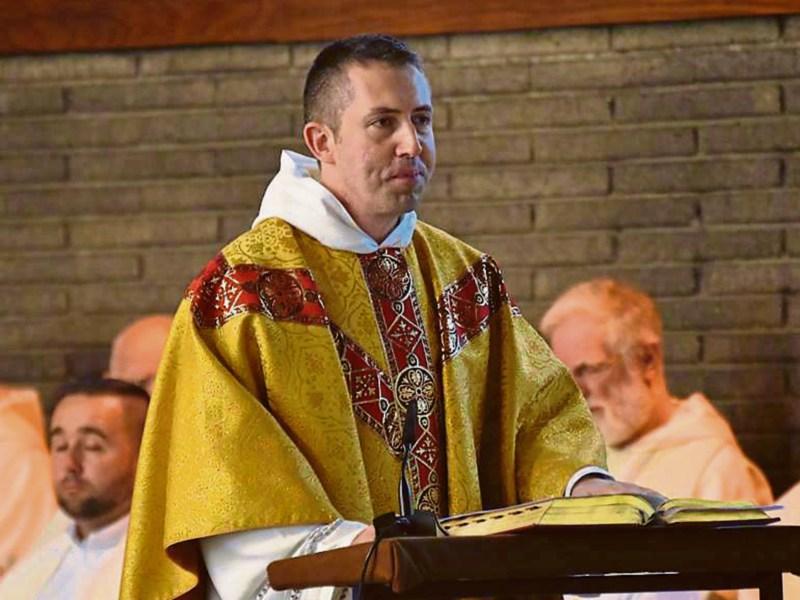 There was a large attendance at mass at St. Eustace's Church at Newbridge College recently for Fr Ronán Connolly's first mass since his ordination.

The 36-year-old former pharmacist and Newbridge native was joined by family, friends, neighbours and local residents who came together for the momentous occasion on Monday, July 11.

A large contingent of priests were also present as well as Bishop Denis Nulty and Deacon, David Vard.

Fr Connolly (OP) was one of eight people to be ordained by the Irish Dominicans on Saturday July 9 at Saint Saviour’s Dominican church, Dominick Street in Dublin.

The order remarked that “it was an unusually high number in the present climate” and featured people with varied backgrounds.

Archbishop Robert Rivas (OP) was the ordaining prelate. A native of Trinidad, Robert Rivas joined the Irish Province of the Dominican Order in 1964, being ordained priest in 1971. A range of ministries in Trinidad and Tobago followed. He was consecrated first Bishop of Kingstown in St Vincent in 1990, and appointed Archbishop of Castries (St Lucia) in 2007. He came over especially for the ordinations, which took place in the year when the Dominican Order worldwide is celebrating the eighth centenary of being granted papala approval.

It's understood Fr Ronán will be working in Cork. Newbridge parish wished him well in the latest News and Views magazine.

“This is a major event in the life of the Church in Newbridge and we wish Fr Ronán every blessing in his ministry,” it said.