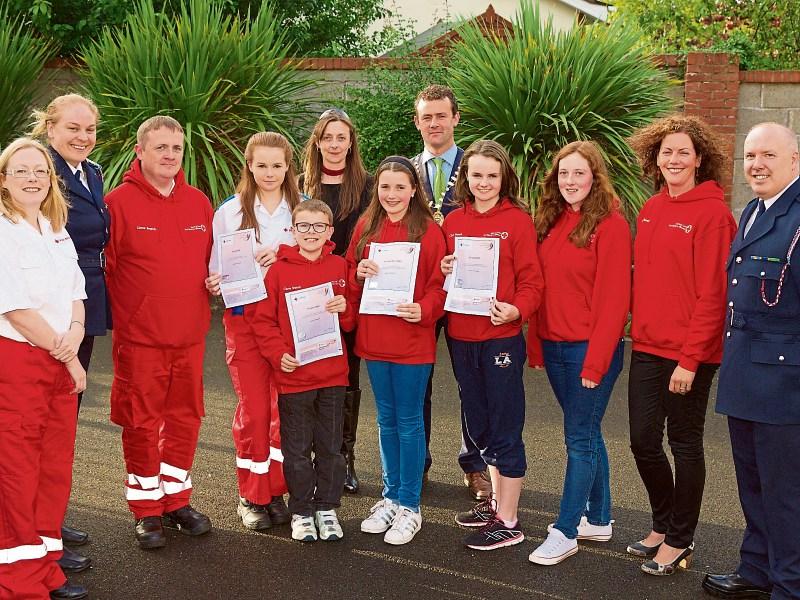 The presentation of first aid certificates to a group of people with special needs took place in Clane recently when the Kildare area branch of the Irish Red Cross held a presentation night on in the Irish
Wheelchair Association premises.

The group was one a number of groups which received awards.

Sharon Landy, unit officer and area spokesperson, said they awarded cadets aged between 10 and 16 cardiac first responder community certs in recognition of their outstanding work in community and training.

Jack, a pupil at Craddockstown National School, Naas, is officially the youngest in the country to receive the award.

Those with special learning needs included Tony Traynor, Noel Shortt, John Campbell, Leona Caulfield, Sinead McDevitt, Sean Squire, John Ryan and Tony Dolan, who thanked the Red Cross for showing them how to help give people their breath back.

Some awards are recognized by the Prehospital Emergency Care Council (PHECC) and Irish Red Cross. Claire Finn, from PHECC, presented some certificates.

Rosemarie Hayden, a senior member at the Clane Unit, said it was a proud day for the unit.