Volunteers to be honoured 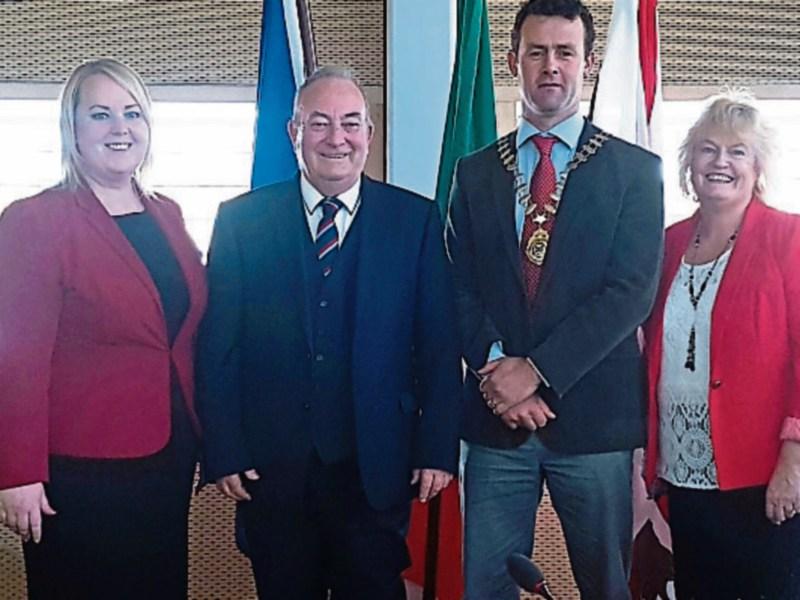 “I am delighted to perform this function as Mayor” said Cllr Keatley. “Recognising the many sterling volunteers within communities across the county is vitally important. There are so many individuals and voluntary groups who provide essential support services, from a social perspective; also sporting, community, special needs and particularly during recessionary times, fundraising to maintain these services”.

The Awards Committee are asking Leinster Leader readers to submit nominations for their community heroes on or before August 20 next.

“The criteria is simple” said awards coodinator Matt Browne “If a person contributes to your community via voluntary work with a sporting club, community project, ongoing fundraising, or any group that benefits youth, special needs, the elderly, etc — and you feel they should be thus recognised, then contact us please.

Email mattbrowne1@hotmail.com or phone 087 265 4582, or see the address on nomination form in this week's Leinster Leader.

The committee is seeking nominations for a youth award to honour a young person or club who has shown exceptional dedication in supporting or managing worthwhile community projects.

The awards are sponsored by Kildare County Council and organised by REHAB, with long-term sponsors such as Joe Mallon Motors, Naas Printing, Business Excellence.

The Awards Committee acknowledges the support of local media and photographers Dessie Boland and Pat Tinsley.

The overall winner will be announced at a gala banquet in Hotel Keadeen on Friday, November 4 next.