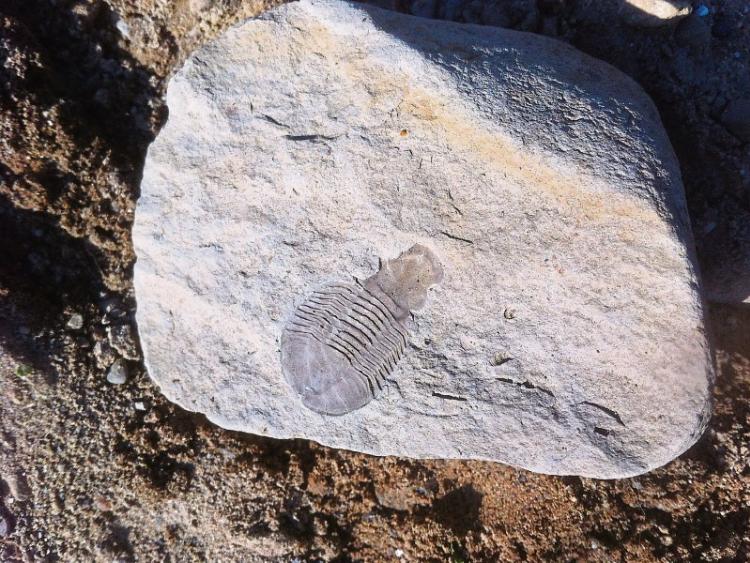 A fossil which dates back 350 million years predating the dinosaurs has been found in Brownstown.

“I discovered a fossil in a sandpit near my home,” said Bernard, known locally as Barney.

“The fossil was sitting in sand and stones which were dug out by rabbits. I recognized straight away that it was a species of Trilobite, which was a sea creature that predated the dinosaurs by hundreds of millions of years.”

Bernard immediately contacted the national museum of Ireland and spoke to Dr Matthew Parks who requested to see the fossil for further investigation.

The results were very interesting. It turned out that the 'Brownstown Fossil' was very well preserved and was largely complete, and represented a dead animal rather than being a molded part of an exoskeleton, as many trilobite finds are.

The fossil is a Philloble specimen, which dates back to the carboniferous period which was 350 million years ago.

The museum said that the fossil in that type of rock was rare in both Europe and America and to their knowledge had never been discovered in Ireland before.

“So Brownstown The Curragh is now on the Fossil map,” added Barney. The fossil will be donated to either a local museum or the National Museum.