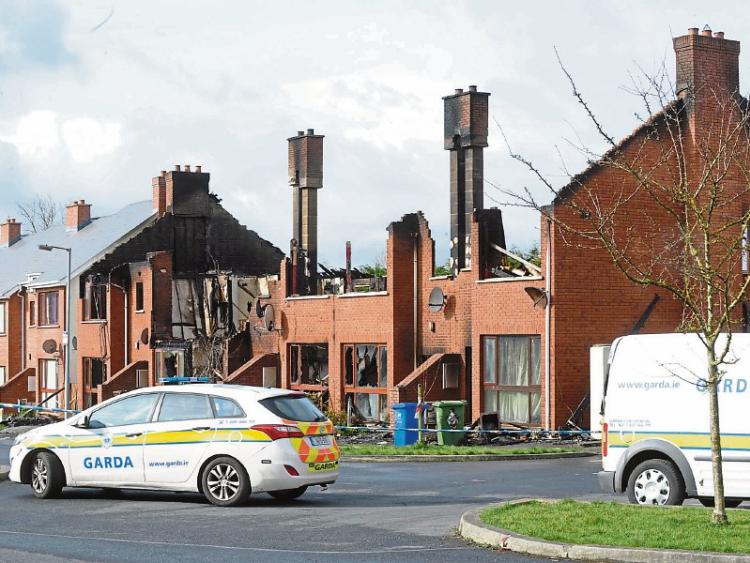 The burnt out terrace at Millfield Manor in March 2015. Photo: Jimmy Fullam

The man who started the fire which lead to the destruction of six houses in Millfied Manor, Newbridge last year has been found not guilty by reason of insanity.

Darragh Ward set fire to his own home, at 66 Millfield Manor, on March 31, 2015 because he believed that it was his only protection against demons.

Dr Stephen Monks told a jury at Naas Circuit Court last Monday, July 18, that Mr Ward had been diagnosed with paranoid schizophrenia several years before the fire, and had been acutely delusional for several days prior to setting the fire.

Nobody was injured in the blaze which left more than a dozen people homeless.

For full report from the court case, see this week's Leinster Leader