Historic 'Sunday's Well' site in Clane will be studied 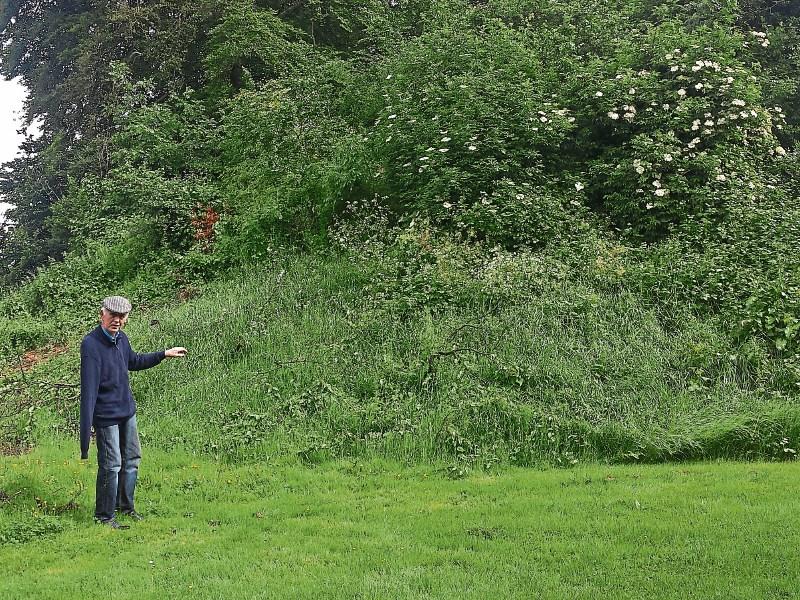 Clane Community Council is to conduct a study of an unusual well within the town boundaries.

The Council recently got word that it has received a €900 grant for a desk study of the archaeological importance of Sunday’s Well.

The Well is a thermal spring one of a group of relatively rare springs.

It is located at a Norman Motte which is reputed to be the burial place of Mesgegra in the first century, an ancient King of Leinster.

The well and motte are now located at the front of the Cois Abhainn housing estate, close to Alexandra Bridge, but within the confines of the housing estate.

A casual look suggests it is merely a mound of earth.

But Mr McEvoy said that the thermal spring has been officially listed by the Geological Survey as a thermal spring which from the earliest pagan times would have attracted curiosity because it never froze, even in the coldest weather.

In the 1980s Mr McEvoy got a phone call from the late historian, Con Costello, to say the motte was being demolished by a JCB.

The now retired teacher left his classroom at Scoil Mhuire to head to the site immediately. “The school secretary took over the class temporarily,” he called.

Work stopped by agreement but some elements disappeared, including a sloping tail mound which would have helped explain its historic origins.

The site remained in this condition until the developers of Cois Abhainn arrived. They back filled the base of the Motte, covering the well.

The well is served by a “continuous outflow” of water which exists at all thermal springs or they will cool off.

When he was a councillor Mr McEvoy tried to get the Council to dig and search the area but it never happened.

He hopes that with the aid of a qualified archaeologist that could now happen.