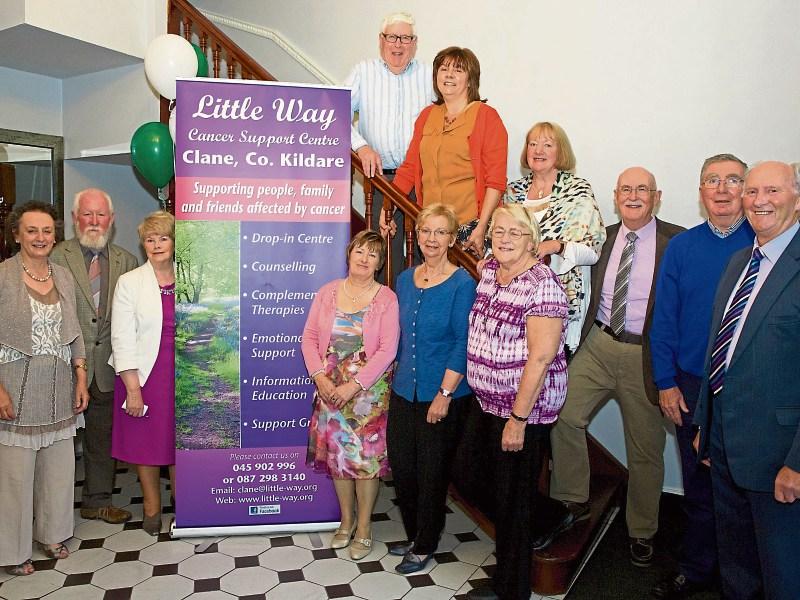 The Donnelly Mirrors reunion committee pictured with representatives from Little Way Cancer Support, Clane, who were beneficiaries of the night. Photo: Tony Keane