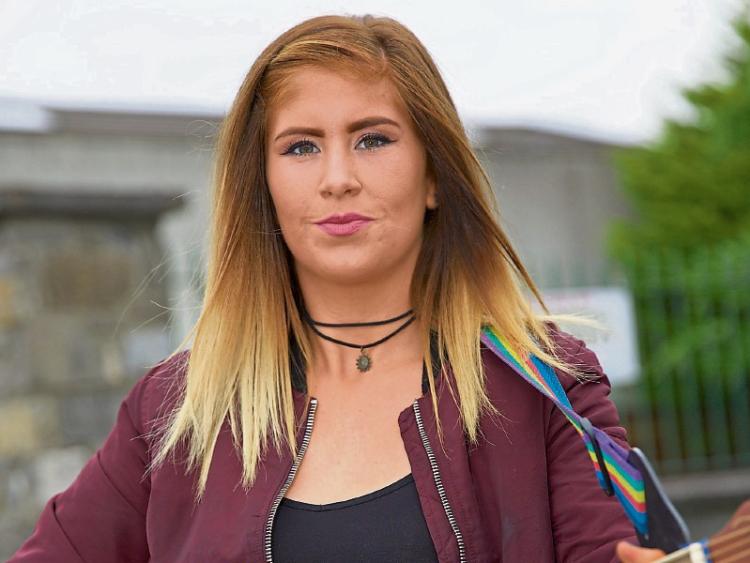 Scooping a top prize of €2,000, the singer will now also get the chance to now play at this weekend’s Dubai Duty Free Irish Derby at the Curragh Racecourse.

"I have just recently been accepted to a music school in Dublin but did not have the fees to pay for the course, this money now means that I can go and I am really looking forward to it," she said.

Second place went to Cambrian Explosion, who won €1,000 and third went to The Dingleberries, who won ten tickets to the Dubai Duty Free Irish Derby.

Organisers reported several thousand visitors descending on to the Main Street and George’s Street to see over 20 musical acts, choirs, bands and dancers perform at the second annual festival.

George’s Street was turned into a mini foodie village with artisan producers selling all kinds of foods including jams, noodles, burgers, cakes, chocolate and ice cream.

The crowds enjoyed a vibrant dance display by the Philippine community. Meanwhile, Newbridge Gospel Choir, Newbridge Community Band and Stage Academy entertained the crowds at various points during the afternoon.

Cllr Fiona McLoughlin Healy, Festival Chair said: "We are thrilled with how the day went, it was fantastic to see so many people out on the streets.

“Considering Ireland were playing in the Euros on the same day we were delighted to still have been able to attract so many people.

“A huge amount of work goes into planning an event like this.

“I want to say a huge thanks to everyone who supported us and particularly to Dubai Duty Free for their sponsorship."

Dubai Duty Free also sponsored a Best Dressed Shop Front competition for traders and community groups in Newbridge and Kildare Town with €3,000 up for grabs for the Best Dressed Window. This was won by Johnson's Pop Up Bar.

Colm McLoughlin, Executive Vice Chairman and CEO of Dubai Duty Free said, "It’s wonderful to see local people really engaging with the Dubai Duty Free Irish Derby Festival and developing ancillary events in the run up to the festival. We are very pleased to support the Newbridge Busk and Food Festival and the Best Dressed Window Competition.

“We were really overwhelmed with the messages of goodwill and the spirit of the local businesses in both Kildare Town and Newbridge last year."

Don't forget to pick up this week's Leinster Leader for your free bumper 28-page Irish Derby supplement, with all you need to know about this weekend's festival on the Curragh