Reeling in the years 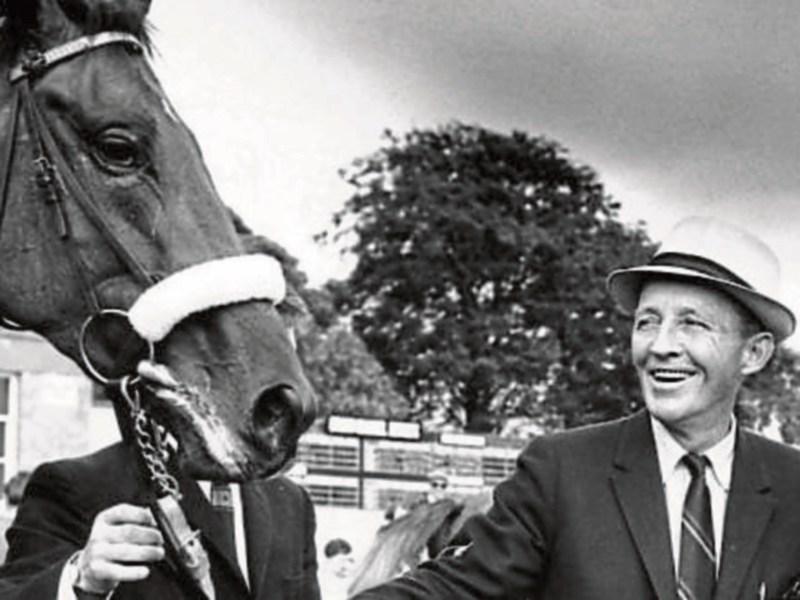 With the Dubai Duty Free Irish Derby festival taking place at the Curragh this weekend, we take a walk down memory lane with some famous Derby moments

The world of horse racing mixed with showbiz at the Curragh in 1965, as after Meadow Court won the Irish Derby for Paddy Prendergast and Lester Piggott, his joint owner and global superstar singer Bing Crosby launched into an impromptu performance of ‘When Irish Eyes Are Smiling’ to rapturous applause.

The Jim Bolger-trained St Jovite seemed to be beaten fair and square by Dr Devious in the Derby at Epsom in 1992, but the story couldn’t have been more different when they re-opposed in the Irish Derby later that month, with St Jovite putting up one of the most impressive performances in the history of the race in bolting up by no less than 12 lengths. Indeed, Jim Bolger’s brilliant colt came home in a time of 2min 25.6 sec, which smashed the previous record of 2min 28.8 set by Tambourine II in 1962 and still stands as the record time.

Camelot Makes It A Family Occasion

The win of the Camelot in 2012 was the first time in history that a father/son trainer/jockey combination was successful in the Irish Derby, with Aidan O’Brien and his 19-year-old sonJoseph O’Brien having a day to remember. The powerful pairing repeated the feat two years later in the race with Australia.

Prior to the 2013 renewal of the Irish Derby, Aidan O’Brien had won the last seven renewals of the race and looked set to do so again courtesy of the Epsom Derby winner Ruler Of The World, but he was left languishing behind the Jim Bolger-trained Trading Leather, a colt that Bolger both bred and owned. His win prompted great celebrations among the Bolger team, who have always held the Irish Derby in the highest esteem.

2015 marked the historic 150th running of the Irish Derby and the race produced a winning performance worthy of the occasion, with the John Gosden-trained Jack Hobbs storming away to prevail by five lengths under William Buick, becoming the first British-trained runner to win the race in over 20 years.

Don't forget to pick up this week's Leinster Leader for your free bumper 28-page Irish Derby supplement, with all you need to know about this weekend's festival on the Curragh