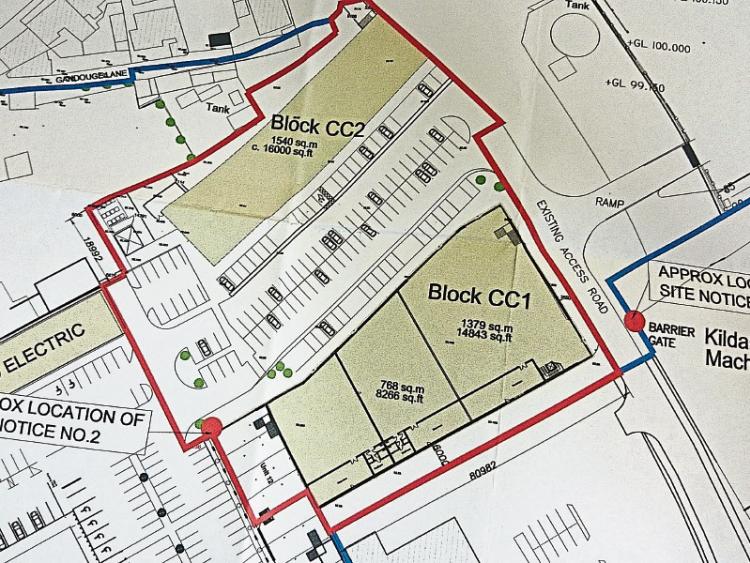 An image of the plans which were submitted last year

The developers behind the extension of Newbridge Retail Park will have to shell out €1.79 million to Kildare County Council in development levies.

In granting the go ahead for the extension of the development on the Athgarvan Road last week, the council said the levy was determined due to a shortfall of 358 car parking spaces at a rate of €5,000 per space.

Curtmount Properties Ltd has been given the go ahead to demolish units 10 and 11 to facilitate access to the area behind Lidl for the construction of three units in the first block comprising retail space on the ground floor.

It also plans to build six units in the second block comprising retail space on ground floor and eleven apartments on the first floor.

The project also includes modifications to unit 12 as well as the provision of carparking and landscaping.

Kildare County Council had asked the company for clarification on the further information it had submitted on November 5. The council requested the applicant submit a visual impact analysis and traffic impact assessment. It also stated “high quality architectural design and detailing is required as the site transition from a retail warehousing type design to the higher quality Whitewater development”.

It also submitted details of finishes, the redesign of the apartments and revised car parking.

The directors of Curtmount are listed as Thomas and Sean Tracey. KCC granted permission on May 30 with 38 conditions. It also asked the applicants to submit detailed drawings for the link road between the Athgarvan Road and Edward Street prior to construction.

In 2014 Curtmount Properties Ltd was given permission for a discount food store at Edward Street/Gandouge Lane.