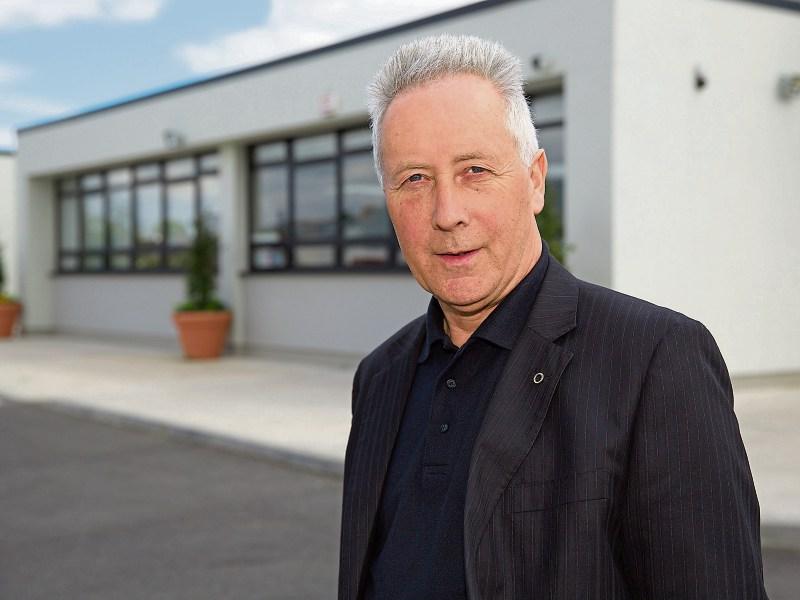 After nearly 40 years in teaching, local principal Séamus Ó Ceanainn (Jim as he is widely known) has decided to step down as head of Gael Choláiste Chill Dara and retire.

In his second floor office above the school he spoke to me about the uphill battle to get the school from it’s humble beginnings in 2003 to where it is today.

The concept of the school was formed by parents of children leaving the Gaelscoil who wanted their kids to be able to continue their education through Irish at the second level.

“We were ready to open in September 2003 with nine students in Curragh Grange after being in consultation with the Department of Education for about nine months and were expecting recognition, but that didn’t happen.

After a bit of a battle with the department they granted us recognition but said they wouldn’t activate the school until next September. We couldn’t officially take in any students. It was like having cigarettes with no matches.”

He and the other teachers finished out the school year unofficially (and unpaid) and come September 2004 they welcomed 25 new students.

“By 2004 the Department still didn’t give their full support but they did begin to pay teachers wages and capitation grant. The school was kept going mostly because of the local community’s willingness to help, most of our equipment and furniture came from donations and I made many of the old desks by hand or by taking old desks and making them suitable for secondary aged students.

“NUI Maynooth granted us the use of their labs for many years when we had none of our own to carry out science projects.”

It wasn’t until 2010, seven years after the opening of the school, that the Gaelcholaiste began to get the support that other schools typically receive.

“The Board began to pay for accommodation but would only do so for six months in Herbert Lodge, where we were based at the time and told us we had to move into St Patrick’s in Naas if we wanted to continue to receive the payments. The building was in disrepair when we first moved in but has since been renovated to the highest standard.”

Talking about what the school has become he said that he believes it is “a reflection of the wider community that lives along the Dublin, Kildare, Portlaoise corridor (Irish and non-Irish speakers alike), who supported the school from its inception.”

On the future of the school he spoke glowingly of the soon to be principal Amanda Ní Dhuibhir, who has been with the school since the beginning. “She’s somebody who understands the development of the school and is also very active in the local community with irish language organisations ... One of the best candidates you could ever interview for any job.”

He feels the school serves the ideals of Pearse and leaders of 1916 who “understood the huge importance of language and cultural integrity as an essential part of a nation’s identity, there’s a demand for institutions like the school reflecting this growth in language and culture in the country, the census data from the last 20 years shows that Kildare has the fastest growing Irish language community in the country. My Grandmother was beaten in school for speaking irish, that’s how close we are to that  generation.”