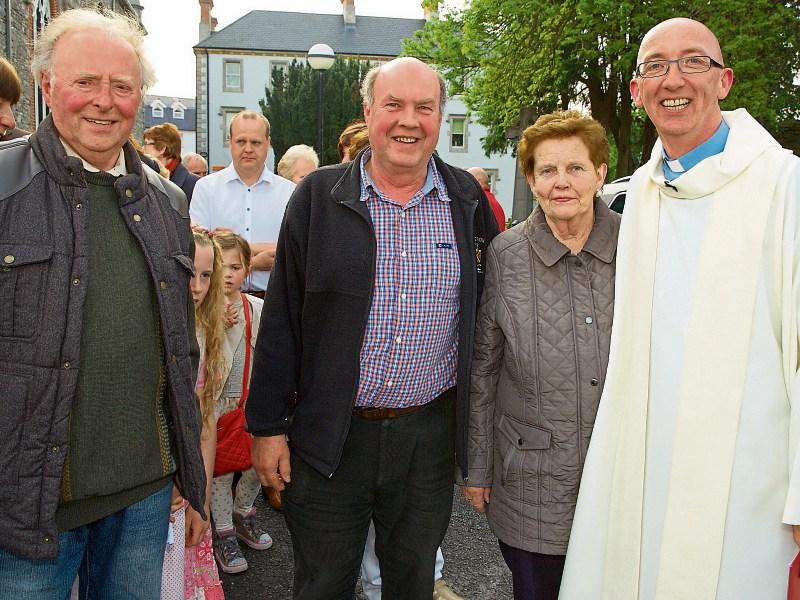 Fr Liam Morgan has been installed as the new parish priest of Naas, Sallins and Two Mile House, in a ceremony led by the Bishop of Kildare and Leighlin Dr. Denis Nulty.

Fr Morgan arrived in Naas as a curate in late 2014 having served for a decade in Co. Carlow and previously he served in Newbridge.

The ceremony took place at the Church of Our Lady and St. David, Sallins Road.

Fr Morgan replaces Co. Laois native Fr. John Brickley, who has moved to serve as PP in Kilcock and Newtown.

The appointments were made following the death of Fr PJ Byrne the then PP in Kilcock earlier this year.