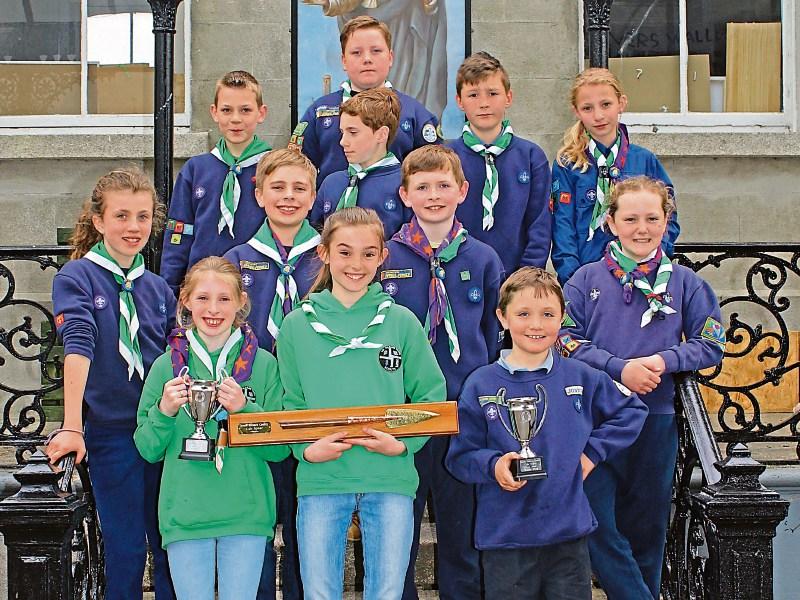 The Cub Spear Competition is where a team made up of eight male and female Cub Scouts aged between 9­12 years, who unassisted by their leaders, have to build their camp site, starting with pitching tents, cooking area, table and seating area.

According to organisers they also have to build two pioneering structures, which is the art of tying different size poles (spars) together with scouting knots to form a useful structure like a washstand or entrance.

Other activities over the weekend event include cooking a test meal unaided, take part in a trade fair, maintain a log book of the event and conducting a skit wearing costumes in front of the 128 other Cubs and the 50 leaders present.

On the main day Saturday, the teams had to go through nice bases and score points to go towards winning the Spear.

The overall winners were from, Kildare Town, who also took home the trophies for Test Meal and Trade Fair, they were joined on the pedestal by their Wednesday Cub colleagues who won the best Log Book award.