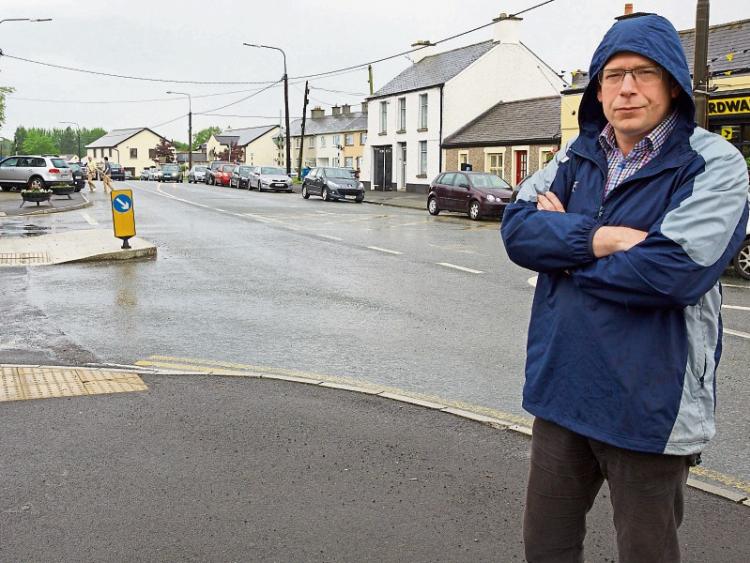 There are tentative plans to take the spaces from the Kilcullen Road area.

A precise proposal has not yet come before Kildare County Council but the Leader understands that the National Transport Authority is seeking to create cycle lanes along the Kilcullen Road from the edge of the town to the roundabout on the approach to the education campus at Piper’s Hill.

The news comes after Naas Municipal District councillors voted by 6-3 to accept a €3m revamp of Poplar Square, which will mean the loss of approximately 20 car park spaces.

That plan was opposed by business people in the area.

It follows the loss of car parking spaces elsewhere around Naas — over a longer period of time.

Fine Gael councillor Darren Scully — who voted against the Poplar Square plan — is also against this new proposal.

He believes that the number of car park spaces lost could be as many as 20.

Local councillors have received a briefing from the NTA.

“The plan is to put in bicycle lanes from Esmondale all the way down the Kilcullen Road.

“All spaces past the Maxol station and shop as far as Fairgreen and along the opposite side of the road will go,” Cllr Scully told the Leader.

He said that the NTA have addressed the issue of parking spaces lost by pointing to alternative spaces like the nearby SuperValu store and behind Finan’s shop opposite.

“They believe these will take up the slack but these are privately owned and what they are removing is public spaces.

“SuperValu is for store customers and elsewhere some private car park owners clamp vehicles. Businesses like Swan’s and Goulding’s could also be affected.”

Cllr Scully says “everything about this is wrong because we’re again putting the cart before the horse.”

He added: “Let’s not take away a lot of parking spaces and then not replace them.”

There is a pressing need to complete the Naas ring road linking the motorway turn off at the big ball with the Blessington road before the spaces are removed.

He accepts that the concept is to recreate a European model here to make urban areas more friendly for cyclists and pedestrians “but in Europe there is ample car parking and a variety of public transport options which we don’t have here yet; at least the ring road should be completed.”

There is little support for this among local businesses, he claimed.

“Traders in Naas are objecting to this and they are on their knees.”

He said: “It’s happening in Dublin city and greater Dublin; the idea is to do away with cars, pedestrianise urban centres and have large footpaths and bicycle lanes. There’s no problem with this - so long as everything else in place, like town centre parking people can drive to.”