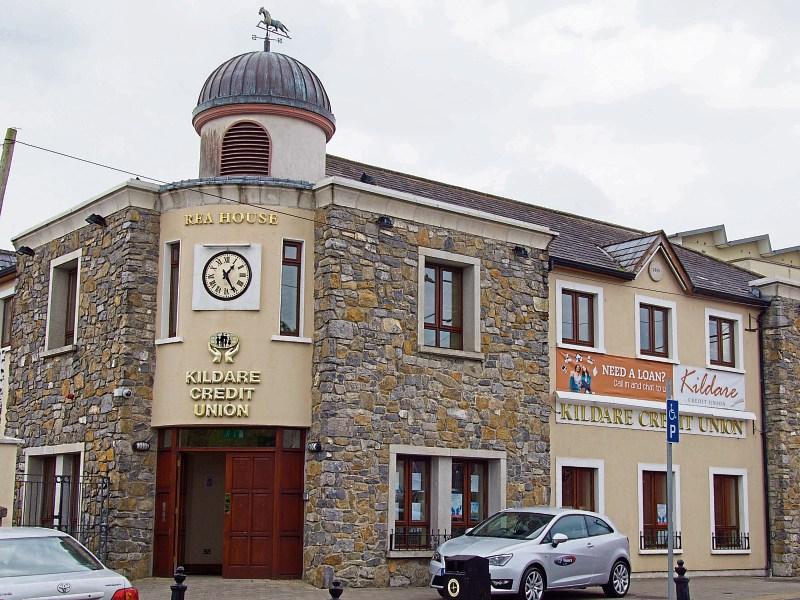 Kildare Credit Union is to merge with Kilcullen and Narraghmore. Photo: Tony Keane

The forthcoming merger of Kilcullen and Narraghmore Parish with Kildare Credit Union Limited in June will create a combined credit union of around 13,400 members.

There has been discussion in the credit union movement that the Central Bank was interested in getting credit unions enlarged to the extent that their assets would be around €100m. In this Kildare merger, there are good arguments for a credit union like Narraghmore to merge. The new union will have around €60m in assets.

Certainly there has been a lot of pressure on credit union volunteers and staff since the 2012 Act. Effectively the Central Bank/Regulator of Credit Unions has imposed extra costs on them.

Some regulation is welcome and has led to much greater efforts to reduce bad debts, following the international financial crash of 2008. The key reasons given are to make the credit unions more efficient and protect the savings of members. Nobody can argue with this. But when you drill down into the details, the next step for the credit union movement is not as clear.

There is a fear among some that legally imposed costs could be raised so high it will put viable credit unions out of business and leave the small loan market open to less friendly providers.

Other indications are that wage cost are rising, if narrowly. There will be little savings in levies. These will not be much cheaper for a merged group because they are calculated on a pro rata base and do not get lower per members due to the size of the credit union.

One of the bigger costs for the smaller credit unions has been the legal requirement to hire internal auditors for checking the books of credit unions. Up to the 2012 Act, this work was done by volunteers, in the form of the supervisor boards. Many of these did superb jobs over the years and kept careful eye on board and staff spending. The new Act has, effectively, created the need to bring in accountants to do that work. That is one of the items which has increased costs and pushed smaller credit unions towards mergers.

In its message to members Kildare chairman, John Rochford, said it was approached by the ReBo — the credit union restructuring board — to consider the merger (or transfer of engagements as it is known). He said it “will provide enhanced services and improved financial options to the combined membership.”

The credit union told the Leader there was no pressure from Rebo.

“The move provides a framework for the three unions to benefit from a combined administrative structure, instead of each having to replicate the many administration requirements required under current financial regulation.”

It was agreed by the Board of Directors and, it appears, there was no special general meeting or agreed proposal at an agm, by which the members as a whole could make a decision.

Asked if members given an opportunity to vote on the move at a special general meeting and, if not, why not, Kildare CU said: “The Board operates to manage the best interests of the credit union to ensure that a strong credit union service is provided for members well into the future. The transfers of engagements were passed by Board resolutions on the May 23 in accordance with section 129 of the Credit Union Act 1997 as amended, as it was considered expedient to do so, given the financial position of Kilcullen Credit Union Limited and the requirement of SPS support from the Irish League of Credit Union. The Board, acting within their remit with the consent of the Central Bank made this decision with the interest of members at heart.”

Kilcullen needs the SPS support not because it had losses in core business, it had to write off €695,333 to a property revaluation of its office.

Anyone who has issues with the move must make representations in relation to the Registrar of Credit Unions within 21 days from May 24 2016, effectively two weeks from today.

It confirmed there will be no wage cuts either and it is “fully committed to maintaining the branch offices in Kilcullen and Narraghmore and to growing membership in these areas.” When Maynooth transferred to Naas job losses did occur.

The plan is for the merger to result in a stronger, vibrant Credit Union with increased membership.

Kildare CU said that the due diligence reports or the merger were completed in April 2016 at a cost of €27,600 including VAT.
Asked what savings have been projected for the merged group over the next five years, it said there will be cost efficiencies derived from the combined entity as triplication of costs in the three credit unions will be avoided, for example, internal audit services, compliance, risk management, external audit. Cost efficiencies can be also be achieved in the areas of printing, stationery, postage, marketing costs etc.

Services available to members will include electronic funds transfers, online banking services, unique IBAN numbers for all members and laser and debit card payments. Some of these are currently not available in Kilcullen and Narraghmore.
Progress Banking, the IT system currently in use in Kildare, will be used by the new group.

Asked about a strategy for the new merged entity to bridge the gap between loans and shares, Kildare CU said: “A new strategic plan covering the first four years of the merged entity has been prepared. Some of the strategies are targeted marketing, competitive positioning of loan rates and products and allowing longer term loans.”

This will be a key issue for all credit unions. Up to this they could rely reasonable return from their investments or money which has not been loaned out. But that is now dropping and loans, though increasing, are low. People are, understandably, saving more.

In Kilcullen there were around 21% of assets are on loan. In Narraghmore it was a low, 13%. In the lead credit union it was 21.8% at the end of last March.

Credit unions may start looking, as other banks are doing, at either declining new savings above a certain level or charging for them.

Sounds odd. But it could be the only solution in a world of surplus cash.

While members will seek services like cards and current accounts, will they be prepared to pay for them? Will the credit union movement be able to charge low enough to compete against the international corporates and pay for costly integrated banking systems?

These will be crucial the questions for members, the Central Bank and the Oireachtas.

Hopefully they will be asked and answered in the best interest of the members, particularly the less well off members of society for whom the credit unions were set up in the first instance in the late 1950s.

In some ways the credit union movement has been particularly successful over the past eight years. It has reduced bad debt substantially. In any other business, that major cost reduction would be a cause for celebration.