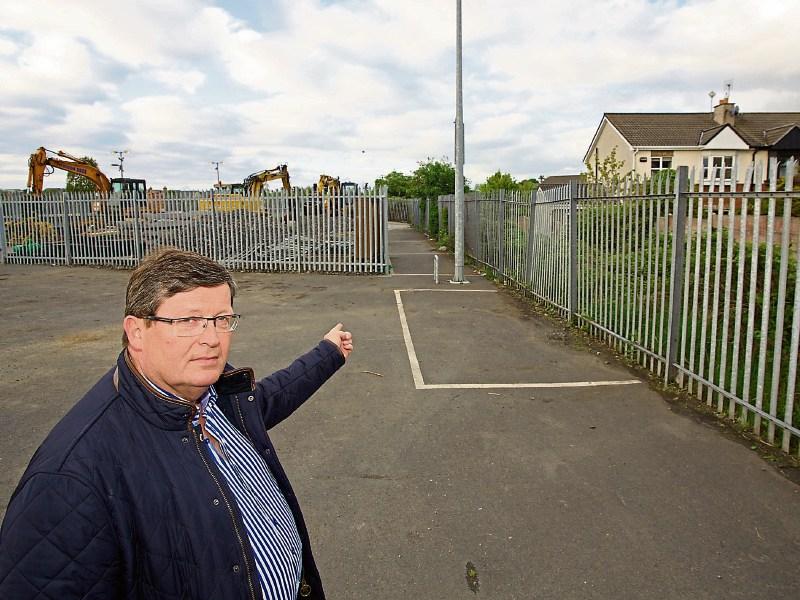 A dirt track near Newbridge Railway Station is being used for drug dealing, needles have been found, windows smashed and pets injured, according to Cllr Morgan McCabe.

The Independent politician told a recent Kildare Newbridge Municipal District meeting that one resident had to bring her dog to the vet because he got injured after being hit by stones being thrown from the track. He said the culprits are able to reach out between the railings to grab the stones. They are also being thrown at nearby houses, breaking slates and windows.

He asked officials what action is required to close the track from the train station car park at the rear of College Farm to prevent such anti-social behaviour.

He explained the gardai had visited the area and he had spoken to them about the situation. “They would like to see it closed as it would be one less problem area for them to be worried about,” he said.

He said he had also been in contact with Iarnród Eireann and they were willing to have a meeting about it.

“It appears that even in the case of Moore Avenue, rights of way seem to have superseded the safety and comfort of people living in an area. It would be great if this one could be shut down. It’s taken eight years for the Moore Avenue one to be sorted and it’s still not closed. That should never happen again,” he added.

The council said the Municipal District office would liaise directly with Iarnród Eireann with a view to working out possible solutions to the issues.

The report said the councillors would be informed of the outcome of these discussions.