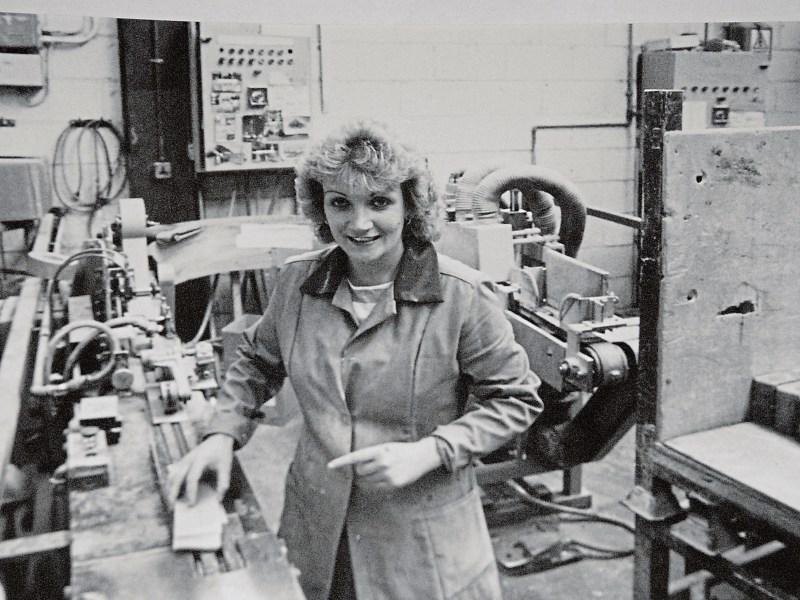 Ber Kenny Bryan at work in the Donnelly Mirrors plant

Former staff of Donnelly Mirrors are planning a reunion.

The event will take place on Friday June 17 next at Toughers.

The company, which made mirrors for cars, closed its doors in 2007 after almost 40 years in Naas.

At its height it employed over 300 people and was considered to be the Intel of its day, a jewel in the IDA crown.

Although at various times it produced outside and inside mirrors for cars, its staple product was the inside car mirror.

However, in the latter years of its existence it came under pressure from lower manufacturing costs in other parts of the world.

Donnelly Mirrors, on the Dublin road, Naas was the Irish plant of a large American Corporation from Holland, Michagan, which was founded by the Irish American Donnelly family.

That corporation was aquired by Canadian company Magna in 2002.

The Naas plant supplied many of the best known European car makers, in particularly the German and French manufacturers.

Donnelly Mirrors was known as a particularly good employer for its time, paying VHI and pension contributions of employees, as well as generous salaries for its time.

In more recent times the 15 acre site of the former plant has been sold a number of times.

It has also, unfortunately been the site of numerous fires, graffiti and vandalism.

Any profit from the cover charge of €12.50 will to the Little Way Cancer Centre in Clane.

See this week's Leinster Leader for a special feature on Donnelly Mirrors.