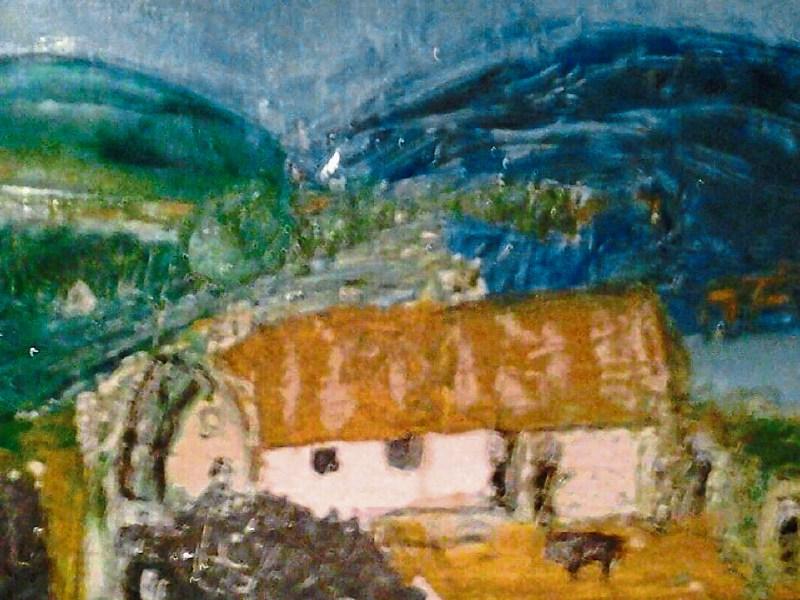 One of Patrick Cronin Cox' photos

A Rathangan artist, who set up an online art forum on Google+, has attracted over two million views and 1,059 followers.

Patrick Cronin Cox said even the Queen and Obama’s twitter feeds have interacted with the discussions taking place and the art on show. Many of the world’s top art galleries have also viewed the forum.

“I set it up because when I started painting I felt there wasn’t enough support for artists who were starting out. I wanted to set up a forum where people could interact with more established painters and ask the artists questions and get feedback,” he said.

Patrick, who has Parkinson’s disease, uses a palate knife to create his oil paintings.

He was born in River Row, Rathangan but grew up in Newtown. He now lives in Wolverhampton in the UK. His work career took him in a different direction with Fiat Ireland and then he travelled to the Isle of Man for ten years and also spent time working at Moore Abbey in Monasterevin.

“The whole idea was to bring people together that never would have had an opportunity to communicate,” he said.

He also wanted to stimulate debate. Just recently he started an interesting discussion over whether works of art are better viewed in real life rather than online, given the huge volume of people using social media and online galleries.

When Patrick was growing up in Rathangan, he showed artistic promise from an early age.

“I used to love doodling and drawing,” he said.

The self-taught artist also writes poetry and has completed a book about Rathangan, which is featured on his Facebook page.

“With the Parkinsons, I only get about four hours a day where I can paint,” he added.

He is a member of the Royal Society of Painters and his style of painting is abstract impressionist. He is married to his wife Ann for 45 years and their grown up children have forged their own lives now.

When his family bought him a paint set several years ago, little did they realise the talent they had unearthed.

You can check out Patrick Cronin Cox on Facebook and Google+.