Environmentalist expresses worry over fate of the Kildare curlew 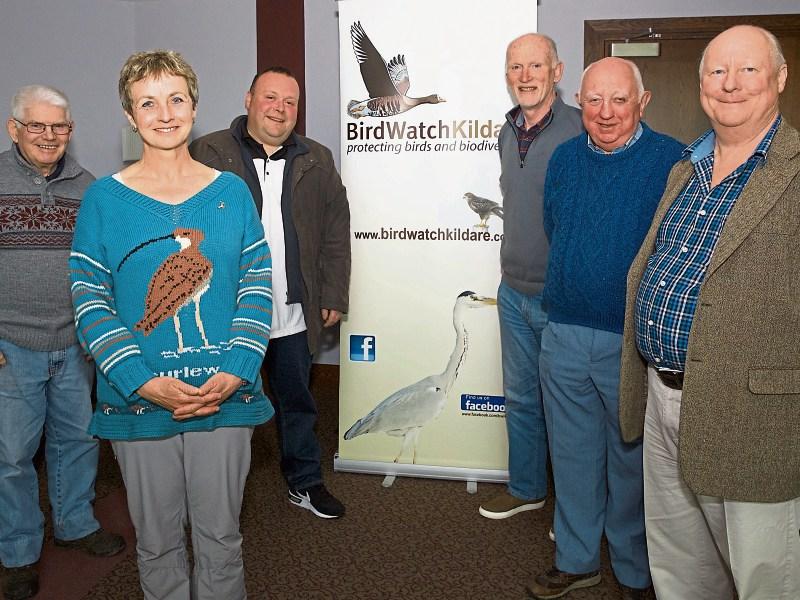 A leading environmentalist walking part of Britain and Ireland to raise awareness about the loss of the curlew bird stopped in Clane recently.

Mary Colwell, a BBC and independent sector nature and environment programme maker, met members of the Kildare branch of Birdwatch Ireland for a talk in the Westgrove Hotel on May 1. “I am really worried about the curlew. It is quite shocking,” she told the Leader about a bird of which there may now be just 160 pairs in Ireland.

Birdwatch Ireland is aiming to raise €99,000 for a number of projects associated with the bird.

Ms Colwell, who blogs at marycolwell.blogspot.co.uk, began her walking journey in late April and visited the Bog of Allen on May 1.

She said we need to act now or the curlew will disappear.

The haunting cry of the curlew is one of the most evocative and memorable sounds of the marshes and uplands in summer.

But it is disappearing.

Unfortunately, Birdwatch Ireland estimates that around 80% of the curlew breeding population has been lost since the 1970s alone, and perhaps only a few hundred pairs remain. Still a regular sight along our coasts in winter, it is the resident breeding population that is now in danger of extinction.

Curlews can nest in a range of habitats in Ireland but changes to the landscape, such as the destruction of peat bogs, afforestation, intensive management of farmland and the abandonment of some lands have cut their numbers.

Ms Colwell, who stayed with with a relation, Monica Foran in Edenderry, said while farmers receive grants for preserving certain vegetation the programme is not working well enough. Of Ireland, she said: “There is a love of farming — but not of the land that is farmed, and that is a crucial difference. There is almost a violent relationship with the earth here - thrashed hedges, stripped bogs, fast and furious cutting of grass for silage, intense stocking.”

On her Irish trip, she was shocked to find a group of 17 year old students of agriculture and environment had not heard of the curlew bird.

Ms Colwell is the author of a book on her hero, John Muir - The Scotsman Who Saved America’s Wildlife.

“The landscape is going through enormous change,” she said. “How it will develop is up to the people. There is so much damage and lack of awareness that it will take a huge amount of effort to get people to act.”

People can help the Curlew Appeal by telephoning Birdwatch on 01-2819878 or by emailing them at info@birdwatchireland.ie.