Fans out in force to meet Nathan Carter in Newbridge 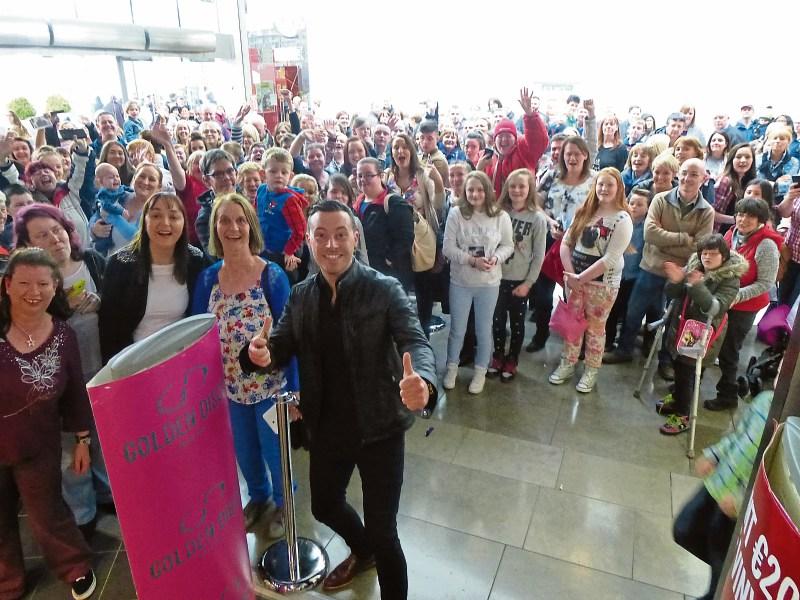 The crowd who turned out to meet Nathan Carter in Whitewater, Newbridge, recently

The queues were out the door of Whitewater Shopping centre  recentlyas fans lined up to meet the Wagon Wheel man himself, Nathan Carter.

The singer came along to an album signing at Golden Discs on April 30 and was greeted by a huge crowd.

“We had Walking on Cars here a while ago and they attracted a good crowd, but it was absolutely mad for Nathan Carter.

“The queues stretched up and down the centre,” said Golden Discs staff member Dan Shanahan.

“He was very quiet spoken and spent time with everyone, had a chat, and got his picture taken. He was only supposed to be here for an hour but he stayed longer and met all his fans.”

Over 160 copies of his album sold at the store during the course of his visit. Meanwhile, Eurovision singer and former Westlife member Nicky Byrne is due to visit the store soon.