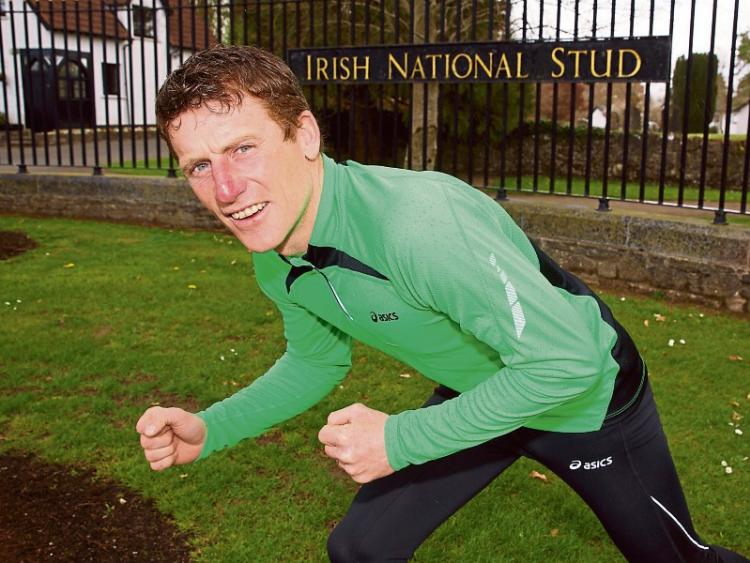 The Thoroughbred Run is back for its third year on Father’s Day, June 19, at the Irish National Stud.

“Participants can either run or walk a 5k, 10k or half marathon,” said organiser Cllr Suzanne Doyle.

“It passes through the Stud and the route is very nice and pleasant.”

The chosen charity for the 2016 event is the homeless charity Peter McVerry Trust .

This year all finishers will receive a medal which commemorates the 1916 Irish Derby winner Furore.

All competitors will also receive a voucher so that they can enjoy a taste of Kildare at the food stalls in Market Square after their chosen event.

“It is run on Father’s Day so you can either run it with your dad or in his memory,” Cllr Doyle added.

“The race is timed and chipped for competitive runners and the winners will receive a specially commissioned medal with Furore, the horse who won the Derby in 1916, mounted in bog oak.”

As the race coincides with the Derby Parade, one idea this year is to have sponsored picnic tables to help raise money for the Trust.

“We are trying to arrange sponsored picnic tables in the square that day. We would like people to bring their friends and their food and sponsor a table.

“The Taste of Kildare will be there that day as part of the Derby Parade.”

Entry forms can be filled in online at www.thoroughbredrunkildare.com.

The Half marathon starts at Elm Park at 10am, 10K starts at Kildare Hotel at 11am and the 5k starts at Mahon’s distributors at 11.30am. All three races finish together at the Credit Union.