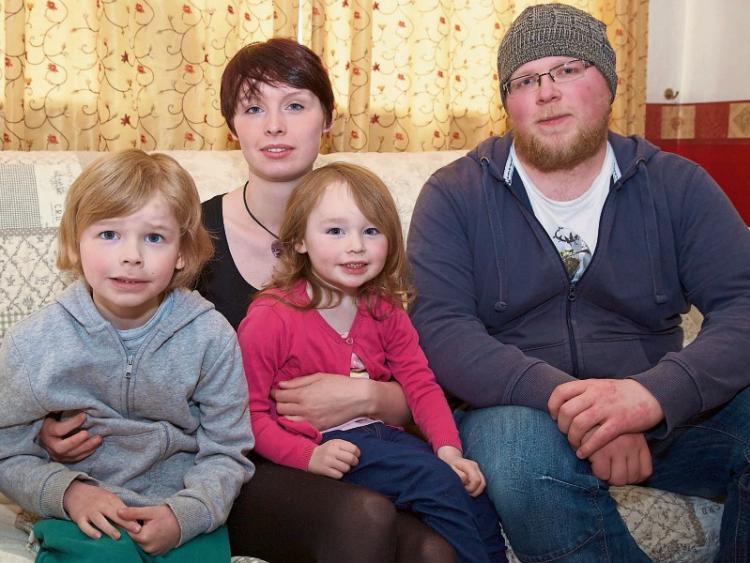 A Newbridge mum has mounted a campaign to secure a school place for her six year-old autistic son.

Emma Stowe has been told by every school she has contacted that there is no place for her son Leon and he has been put on several waiting lists.

“He will be six in June. His little sister Freya is starting playschool in September. He is aware he should be going to school and he is going to be wondering why he can’t go,” said worried mum Emma.

She explained that herself and her partner Steven became concerned Leon might be autistic at the age of three. They had to wait for him to be tested for over two years and in the meantime enrolled him in a primary school.

“When we enrolled him, we told the school he was being tested for autism, but they said that would be okay. We got him his uniform, we were getting organised. Then he was diagnosed last November and the principal said they wouldn’t be able to take him,” she said.

Emma points out that Leon wouldn’t be able to join a mainstream class and needs a place in a specialised unit or school.

“We contacted Saplings but they have no place for him, we contacted the school in Kildare and they are full up,” she added.

“It’s devastating. It’s very frustrating. He really needs to go to school, we want to get him out and socialising with other kids.”

She also contacted the Department about a home tutor but received no support.

“Despite the parents being willing to travel to schools outside Newbridge, there simply are no places available in Co Kildare at the moment,” she said.

The Kildare TD said acting Minister for Education, Jan O’Sullivan said her Department has no role in processing enrollment applications. The Minister said children with autism over the age of four may be eligible for home tuition if a school placement is not available for them.

“However, in this case, there simply isn’t a place available for this child in Co Kildare despite there being 41 autism units in primary schools in the county, and 11 only for secondary students.”

“Scoil Bhríde in Athgarvan lost out on a teacher by a mere two pupils this year, and therefore, the school could not accommodate new siblings seeking places at the school,” she said.

She cited the case of the boy’s primary school in Rathangan where it missed out on an extra teacher by one student. She also highlighted the case of a 17 year-old student with Asperger’s attending secondary school in South Kildare, who was recently turned down by the Department for a Reader to assist with his Leaving Cert exams because he was just outside the designated age criteria.

“We need to be able to respond immediately and effectively with education supports for these students,” the Kildare South TD told the Dail.