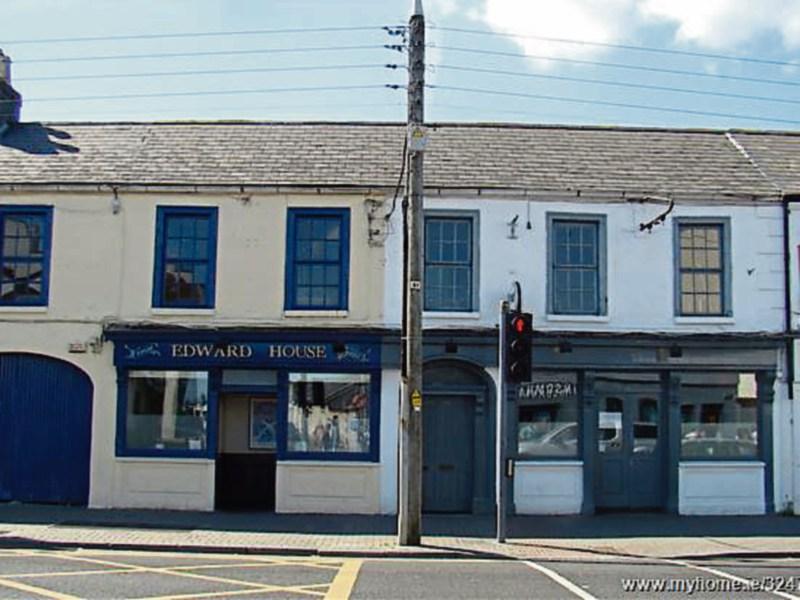 Kildare County Council has asked Naas Credit Union to retain the historic facade of McCabe’s as part of its plans for the new branch.

The Credit Union bought the former pub on Edward Street for €562,938 and submitted plans for its conversion to a Newbridge office.

A number of objections from locals, Newbridge Tidy Towns and Newbridge Local History Group highlighted the fact that the front of the building was one of only two Victorian shop fronts left in Newbridge. They said it would be destroyed if the plans were approved.

The council said that it was not favourably disposed to the demolition of the building, which is largely intact.

It has asked Naas Credit Union to “submit revised plans and proposals outlining the retention and repair of the existing original building envelope.”

The applicant was also asked to submit revised drawings to reduce “the scale, bulk and mass” of the rear portion of the proposed building. The planning authority also requested landscaping details for the rear of the property. It pointed out the back of the building will be visible from Dawson Street.

In its submission, Newbridge Tidy Towns said it “very much welcomed the proposal to reestablish a member owned Credit Union in Newbridge”.

It also welcomed the investment in Edward Street and hoped that footfall would increase in the traditional commercial areas and further down Main Street.

However, it pointed out that, to its knowledge, the former McCabe’s pub is the only building with “a carriage way” in Newbridge and had been a protected structure up until 2011.

“While we do not oppose the redevelopment of this building, we would ask that the council and the Credit Union reconsider the proposal to demolish the existing facade. We feel it is part of the town’s disappearing heritage and to consider incorporating the traditional facade as a feature in the new Credit Union.”

It pointed out the developer of Judge Roy Beans incorporated its traditional shop front into the building several years back, while the rear structures were demolished and rebuilt.

Newbridge Local History Group also drew attention to the building’s history and said it was at a loss as to why the protection order was removed.

It said its research indicated this was the first building built on Edward Street, directly opposite the cavalry barracks gate, under a 90-year lease dated November 15 1859, and was the beginning of the development of that part of the town on the Ponsonby Moore estate. The group also emphasised it was not against the redevelopment, but wanted the facade retained.

Brendan and Joan O’Rourke of Main Street were also concerned about the facade.

They said; “while we welcome a Credit Union coming back into our town, this should not be at the expense of obliterating the town’s historical built heritage and streetscape”.

Donal McCabe of Ballymany Park suggested the shop front be incorporated into the new premises, as was done by Credit Unions in Blackrock, Co. Dublin and Abbeyleix Credit Union in Laois.

Lindi Doyle of Great Connell also questioned why the preservation order was lifted and said the demolishing of the shopfront should not be supported.

Eilish Cramer of Liffey Terrace also asked the planners to preserve the facade of the building.

Cllr Morgan McCabe (Ind) noted; “With a little imagination this building could maintain its character completely with the carriage entrance being used as the primary entrance leading into the vaulted space that the architects had designed.”

The planning application seeks to demolish the two storey building occupied by the former public house known as McCabe’s as well as the derelict outhouse fronting onto Foley Street at the rear of the same site and to construct a new, two storey, Credit Union building on the site (floor area 581.8sqm) in addition to all associated and ancillary site and ground works.

The Credit Union had hoped to have the new branch open by the end of 2016 but the planning process could take longer than expected with revised drawings and plans now required.