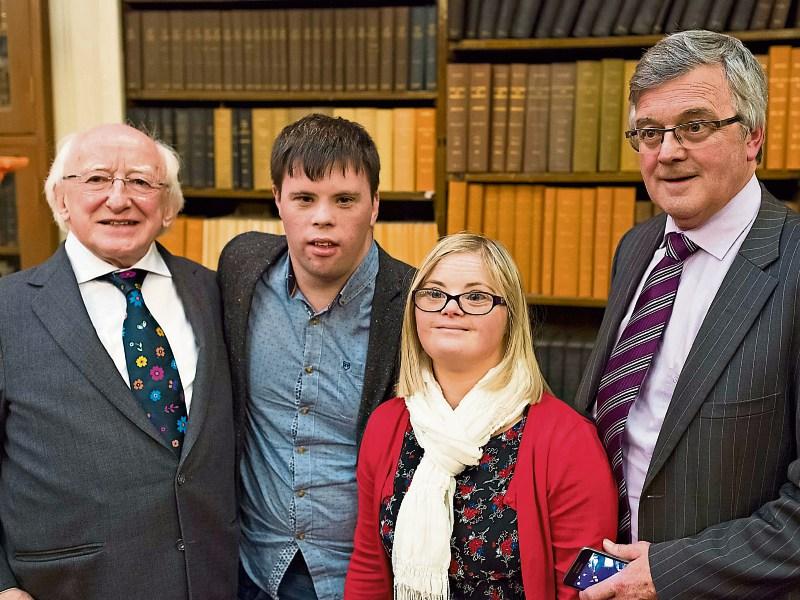 Amy was joined by fellow DSI member Cathal Griffin from Glenbeigh, Kerry and CEO Pat Clarke at the Irish Association for Contemporary European Studies lecture on the future of European Union.

Both Cathal and Amy attended the event following their input in the organisation’s My Opinion My Vote education programme, which is a two-year course aimed at empowering people with Down syndrome through active citizenship and participation in elections.

As part of the course, the pair have studied the EU and visited Brussels.

They are also members of Down Syndrome Ireland’s National Advisory Council, a nationally elected body which represents the voice of people with Down syndrome in Ireland.

Amy said: “I do the My Opinion My Vote course every Monday in Naas. I really love learning about politics in Ireland and in Europe.

“Meeting politicians is good and the trips to visit the Dail and the European Parliament in Brussels last year were the best.

“I understand all about politics now and I definitely say to people it is really important to vote. Ask the questions and make up your own mind.”