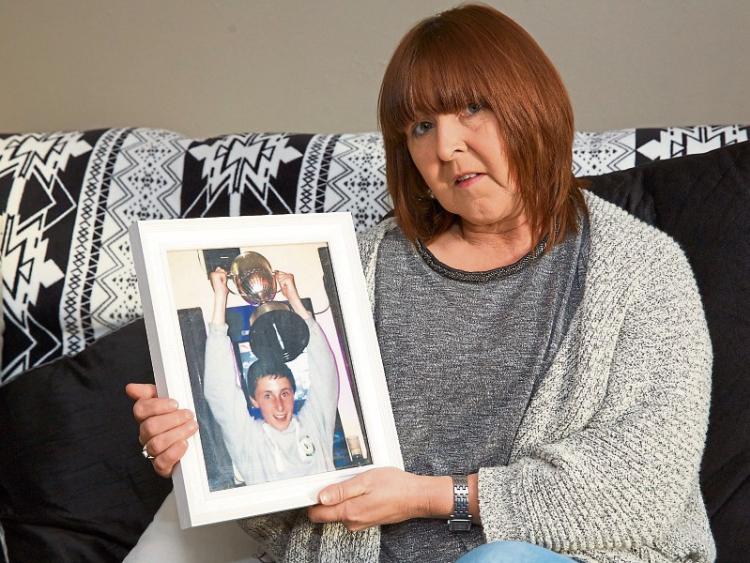 Kathleen Conlon, from Newbridge, with a picture of her son Ben. Photo: Tony Keane

A Newbridge mum is shaving her head to raise funds for a local charity in memory of her teenage son, who died tragically last August.

Ben Moran-Conlon was just 18 years old when he died by suicide.

Now his brave mum, Kathleen is losing her locks in a bid to create awareness and raise funds for Hope(D) which runs free mental health support services and counseling in Newbridge.

“I just want to help. If I can help raise awareness so that people can get help and no other family has to go through what we went through, that would be great,” she said.

The headshave takes place at 11am on June 10 at Penneys, Newbridge. People can come along on the day to support the Standhouse Lawns resident or they can sponsor her directly.

Kathleen has worked at the store for 16 years. The Newbridge woman will also be taking part in the Pieta House Darkness into Light walk on May 7 along with 19 friends and family members.

The youngest of four children, Ben was a bubbly teenager.

“He was hugely into his football and he played for Monasterevin. He was really popular with all his friends. He had loads of friends, he had more friends than all the rest of the boys put together. He had a great personality,” she said.

“He did suffer from depression and I tried to get him the help he needed. He would go to a counselor and then he would say it didn’t work and stop going. We were very close and he would talk to me about it. He used to tell me he didn’t like being on his own.”

Kathleen points out the pair had their arguments like any other mother and son but would make up and Ben would always give him mum a big hug.

She points out the work Hope(D) do in Newbridge is hugely important. It provides a free confidential counseling service for those affected by depression, anxiety, bereavement and suicidal thoughts. Located at no 2 Henry Street, it can be contacted through free phone number 1800 855834 or 087 1513535. Hope(D) is a donation based organisation and receives no direct government funding. If you would like to sponsor Kathleen, you can drop into Penneys.