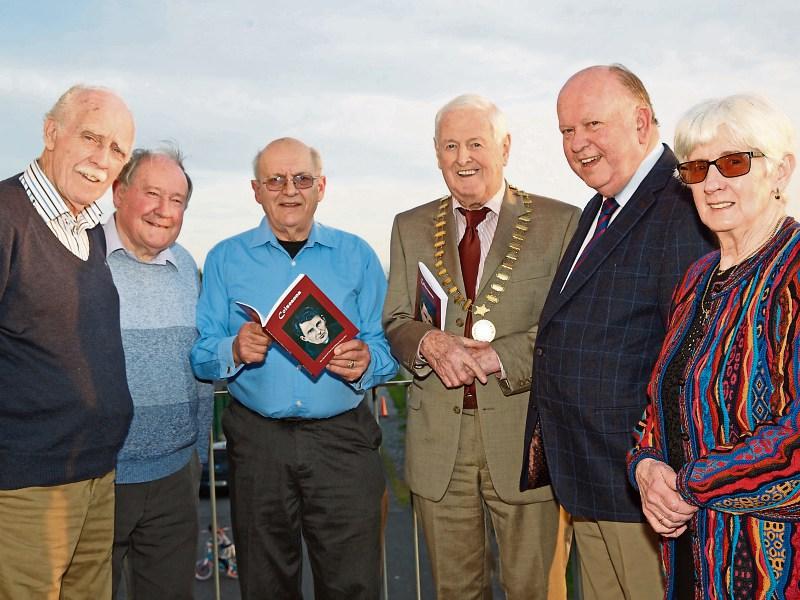 The latest publication of the Clane Local History Group was launched on April 20.

In an upper room at Clane History Group, history fans gathered for the launch of the fifth edition of Coiseanna.

The event was pleasant but those present were conscious of the recent illness to John Noonan.

Mayor Dessie Marron said if ever a man loved Clane it was John Noonan.

Pat Given, on behalf of the editorial committee, wished John and his family the very best.

While most migrated into Clane, John is a native and his knowledge of Clane is virtually unsurpassed.

He has gathered a huge amount of it. “He has been amassing a tremendous archive of great value. Above all he has shared his knowledge,” said Pat.

This edition of Coiseanna, which will be on sale for €5, contains a number of pieces by John including a 1963 letter from Revd James Stanley in Missouri in USA, brother of Larry, to Bill Merriman, a Clane footballer regarding James’s memories of Clane team of that era.

A second piece by him is about Denis Dunne and his memories of Mainham. It is based on an interview with Denis in 2014.

The journal includes pieces on Dell Weld, the Franciscans in Clane, the early years of Clongowes Wood, former Kildare TD, Tom Harris, who took part in the 1916 Rising, the Schmelter family at Landenstown House, the Turf Camps and many other other pieces including one by Ciaran Reilly on sources for Clane Local History.