Remediation project will take up to another seven years 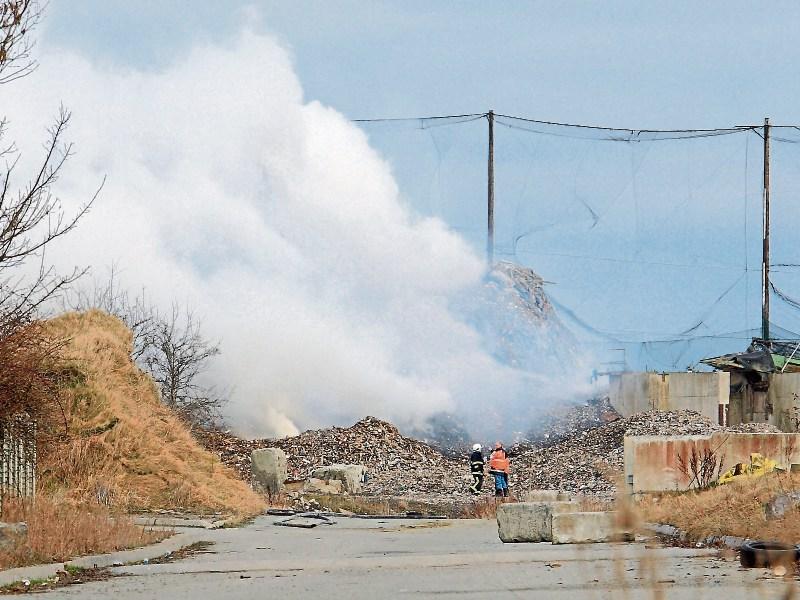 The notorious landfill site at Kerdiffstown is likely to be reborn as a public park.

That's one of the proposals on the table as a possible future use.

Kildare County Council, which is overseeing the clean up operation at the dump, is also suggesting that it might be converted into agricultural land, and in that case will be sold off or leased.

According to KCC “engineering restrictions at the site preclude options like housing, or planting trees with deep roots.”

The 75-acre site hit the headlines a little over four years ago when a series of internal fires sent smoke and smells into the atmosphere, affecting a wide area around Naas.

The clean up of the site is now well underway, although there was criticism of both the Environmental Protection Agency and KCC when the crisis unfolded, over a lack of monitoring. Most of the material taken to the site was material waste.

At least one local politician, Cllr Seamie, Moore has called for the site to be eventually turned over for community use, pointing out that any possible sale would not provide enough money to pay the clean- up bill.

The remediation of the site is estimated to take five to seven years and it will eventually be waterproofed to protect from surface water and leachate (polluted fluid that runs through waste). KCC manages the site on a day to day basis through a team manager, security personnel and staff who are there to prevent leachate run-off and landfill gas production.