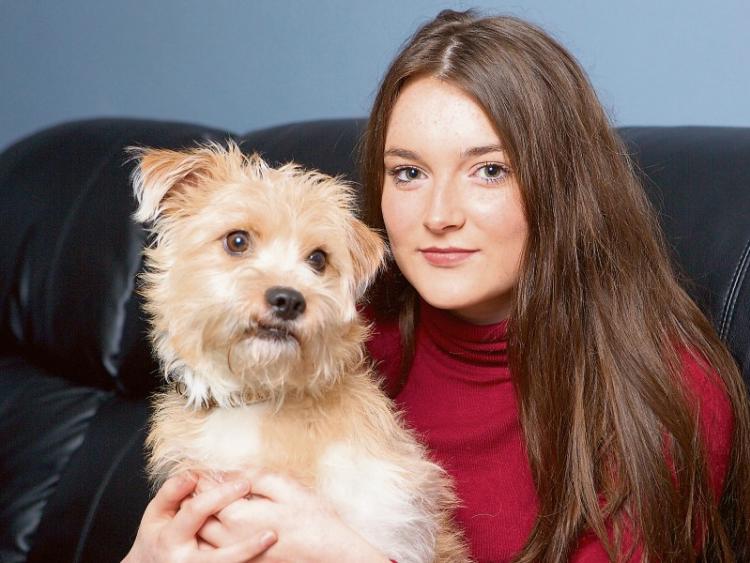 Lucy Watson and her dog

There was no fooling about for Clane girl, Lucy Watson on April 1.

The school girl was walking at the Top Model UK final in the London Metropole hotel that Friday.

Lucy was one of twenty nine competitors in the commercial category.

Out of the nine awards presented on the night she won the Iver Academy skin and beauty award.

Based at the famous Pinewood Studios in London, the Ivor Academy is one of the UK's leading training academies for hair and beauty in the television, theatre and fashion industry.

The Ivor Academy worked backstage on hair and make-up for the duration of the show so Lucy was thrilled to receive this award, said her mother Shirley.

Apart from competing in the event, Lucy also raised nearly €500 towards the Children with Cancer UK charity which is the charity partner of Top Model UK.

“I would like to thank everyone who supported me with the public vote,” she said. Lucy was supported on the night by her mother and a group of friends from Ireland and England who travelled to watch her take to the runway.

“It was a fantastic experience but for now it's back to school books for her Junior Certificate,” said Shirley.