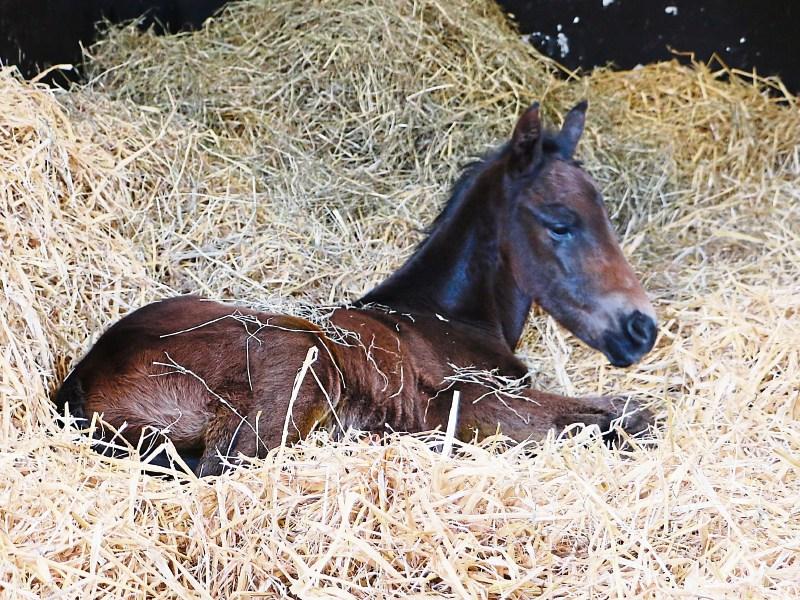 The majority of foals are born between March and May, and the stud expects another 100 mares to foal during this period.

Visitors can see the newborn foals in the foaling unit when they are only a day or two old, and can learn about foaling on a guided tour.

The foals are moved to the small nursery paddocks in the Kildare Yard when they are a few days old before being moved to larger paddocks with other mares and foals.

Foaling season is described as one of the best times to visit the stud as the newborns can be seen out in their paddocks.

On April 4 2004, the Irish National Stud delivered a foal who would later become one of the greatest hurdlers of all time. Hurricane Fly won 24 of his 32 starts over hurdles, before retiring in 2015. He joined the Irish National Stud’s ‘Living Legends’ team in March, alongside Moscow Flyer, Hardy Eustace, Beef or Salmon, and Rite of Passage.