Clane drummer Des tells tale of a life in music 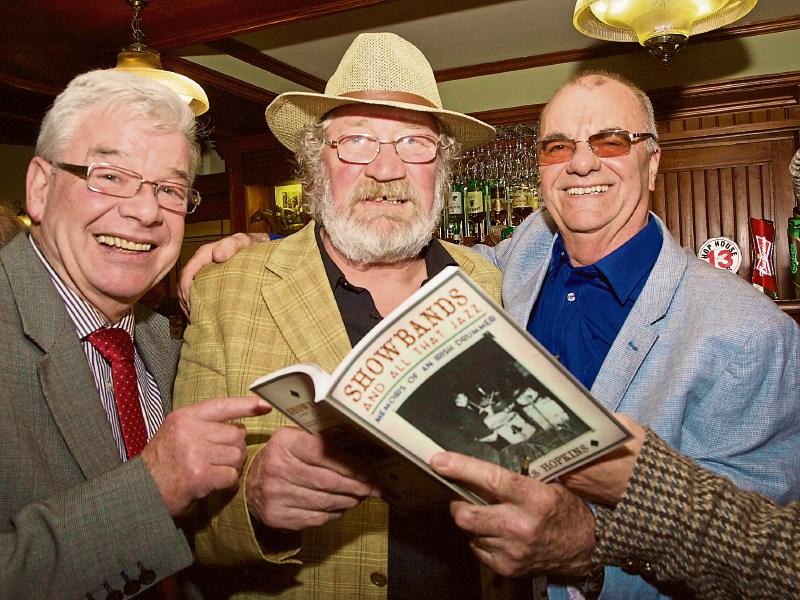 THERE was not much reading done at Manzor’s on Wednesday March 23.

No doubt there will be plenty of browsing and reading of the book launched at the marvellous jazz session but on the night it was nearly all music.

Clane-based musician, Des Hopkins, was launching his book, Showbands And All That Jazz – Memoirs of an Irish Drummer.

Des’s son, Paul, said the book does not have to be a Man Booker winner but its timespan crosses the generations both, musical and family.

“There is a lot of reflection in it,” said Paul.

“It goes back to the 1930s and beyond. “I know dad is proud of it,” he said as he welcomed everyone including those who had travelled from Spain and the UK.

The latter included Enrico Tomasso, a trumpeter, who played with Louis Armstrong.

On the stage it was like musical chairs with friends like Barry Cluskey and RTE broadcaster and fellow drummer, Ronan Collins, playing during the evening.

Paul said this was a solo effort by his dad, “quite a shy man,” and “ a bit of a perfectionist.”

The book was done on a tight budget but the family are delighted with it.

Ronan Collins described Des as “a man of great integrity ... a good guy” and a keen observer of what goes on around the place.

“Des’s talents have touched so many parts of the world,” he said recalling that life was tough for musicians in the 50s and 60s.

Part of the proceeds of the book will go to the motor neurone disease cause.