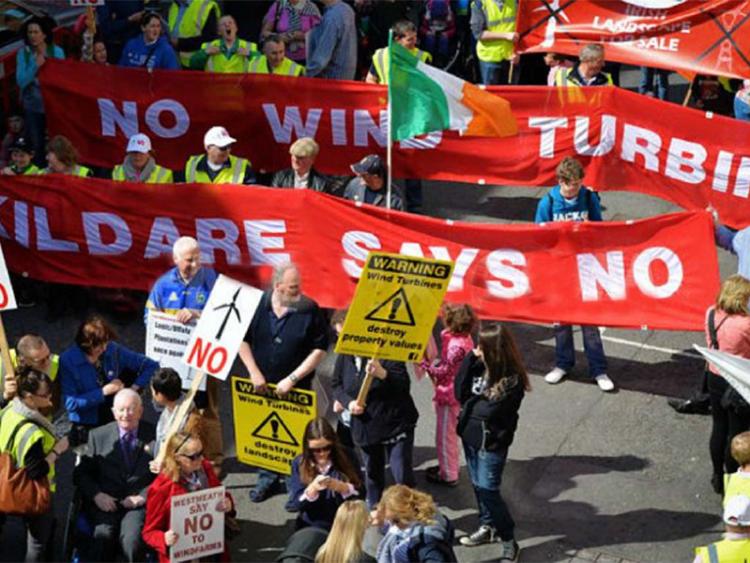 The public have until April 11 to make submissions on the proximity of proposed wind turbines to the explosives factory at Clonagh, Enfield.

In a surprise move, An Bord Pleanala has issued a new notice seeking submissions under the Major Accidents Directive and the Chemicals Act.

“It seems to be based on a European Directive and we have to look at all the information involved and KEAG will be making a submission,” she said.

She said members of the public could contact the group if they wanted to lodge their concerns.

Almost 1,000 submissions were lodged and the company had an opportunity to respond. Then it was asked to offer further information on its proposed connection to the grid by the board.

It submitted that information. The board then decided not to hold an oral hearing and a decision was due by April 29.

That date could now be pushed out as the board will have to examine the submissions received on this aspect of the development, and then allow Element Power time to respond.

Cllr Padraig McEvoy (Ind), who is a member of Donadea Against Turbines, said he viewed the latest An Board Pleanala request as a means to validate the application in terms of its legal obligations.

Meanwhile, Element Power has refused to comment while the planning process is ongoing.

There had been a view that the decision not to hold an oral hearing indicated the board was happy with the information it had received from the various parties and was confident in making a decision.

Given the board's strenuous objection to a the Emlagh project embarked upon by Element Power in Meath, it was thought it could not give permission for the similar Maighne wind farm.

Since Emlagh was turned down, Element Power has resubmitted an application for a smaller 25 turbine project.