Over 100 food parcels per week given out in Naas 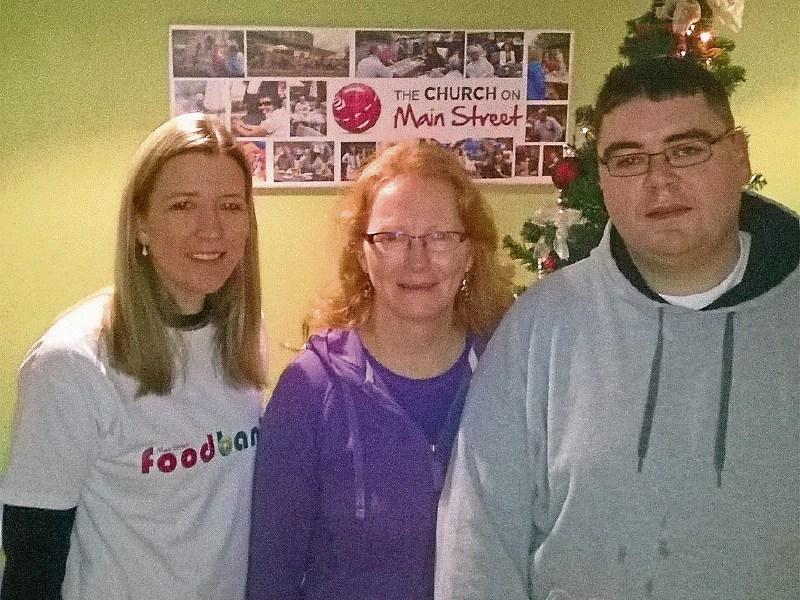 An average of 100 families a week in Naas need to visit a food bank.

And now the call has gone out for locals to do what they can to help ensure that everybody in the area has enough to eat.

“We need donations to continue to help the hundreds of people around the county that benefit from the food parcels each week. We would love if people made it their good deed for the week and bought a couple of extra items in their weekly shop to add to our donation bins,” said Fergal McCarthy, organiser of the Food Bank.

The Food Bank, which is based in the old Dara Cinema on the Main Street, has been running for almost three years, helping an average of 100 families each week.

Tough economic times mean that many of the families and individuals who call each week for food parcels have never asked for or needed help before.

“What we see are people who have fallen on tough times. People who have worked all their lives and many are still working, but can’t make ends meet. The Food Bank helps them out when they need that extra lift,” Mr McCarthy said.

“We started this because we could see the need there. People will say Naas is an affluent town, but there are lots of hidden hungry. And that has just grown. People are often referred by the HSE or other third parties who let them know they can come each week for food,” he added. The food parcels are given out each Tuesday at the Naas premises between 10.30am and 11.30am by a team of local volunteers led by Fergal’s wife Esther.

A number of them are part of the Christian Church (‘The Church on Main Street’) also based at the Old Dara Cinema site. The Food Bank, however, is not religious in its operation and is open to people of all faiths and none.

They gave out an average of 125 parcels each week in December and a steady need has also been seen so far this year. To keep them going ‘Main Street Food Bank’ need donations and the easiest way for local people to do that is via the large Food Bank Bins in both of the Tesco branches in Naas. The Food Bank also welcomes donations directly.

And like all charities they rely on the help and support of volunteers. Norma Howse from Sallins is one such volunteer. She has been helping out at the food bank since it began.

“I volunteered a few hours at the start and I have been doing it ever since. I help out on a Sunday boxing up the food, on a Monday collecting donations and on the Tuesday morning when people arrive,” she said.