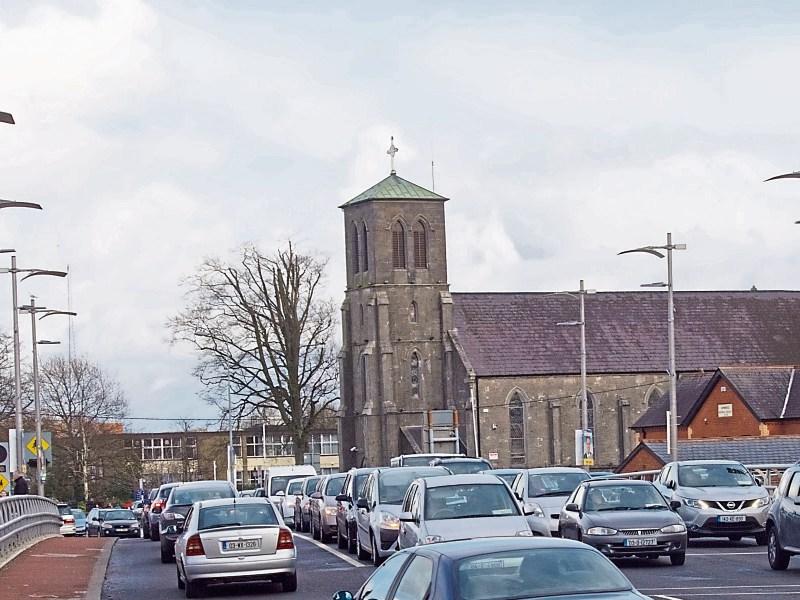 Traffic congestion at the bridge in Newbridge

Urgent calls have been made for a new traffic management plan for Newbridge given the backlog of traffic trying to cross St Conleth's bridge near the four schools.

Cllr Fiona O'Loughlin (FF) pointed out that only three to five cars accessing the filter light to the left are being allowed through at any one time while 17 to 19 cars are allowed through the other way.

“Cars are being held up for 20 minutes at Canning Place,” she said.

She told the Kildare Newbridge Municipal District meeting (February 17) that motorists were trying to go out the Blacktrench Road to avoid the traffic. She said this was a dangerous road where several accidents have occurred.

She pointed out this issue had been raised by all councillors at various points, but has not been resolved.

“Despite the aspiration of having a second and third bridge in Newbridge to alleviate the traffic, in the short term we urgently need a traffic management plan to deal with the chaos at specific times,” she said.

She stressed the SCOOT system (a computerised traffic signal system brought in 12 years ago)“ is evidently not working, and the council needs to develop a secondary plan to deal with the situation.”

The council said the traffic congestion was identical to other busy towns with one river crossing.

Area engineer, Damien McNulty pointed out there is between 20,000 and 25,000 cars travelling over the bridge each day.

The council said SCOOT cannot “completely eradicate queuing where the physical infrastructure is limited and junctions are over capacity.”

It said that when the system is not operating, traffic disruption is far greater than when it is operating.

“It is planned to revalidate/calibrate the SCOOT system in Newbridge in order to best reflect the current patterns/flows within the town. This is scheduled to take place later in the year,” it said.

“If it is planned to calibrate the system, why is it being put on the long finger?” asked Cllr O'Loughlin. She also questioned why a proposed meeting to show the new councillors the system had not yet taken place.

Cllr Mark Lynch (SF) also queried the delay. He asked for an update on the link road to Curragh Grange.

Mr McNulty suggested a special in camera (without the press) meeting be held to discuss the traffic issue freely.

He suggested there were a number of factors involved. He also suggested more parents could park in the town centre and walk their kids to school, which could reduce traffic at the bridge.

Cllr Mark Lynch asked if the link road issue could be left on the agenda for an update at each monthly meeting.