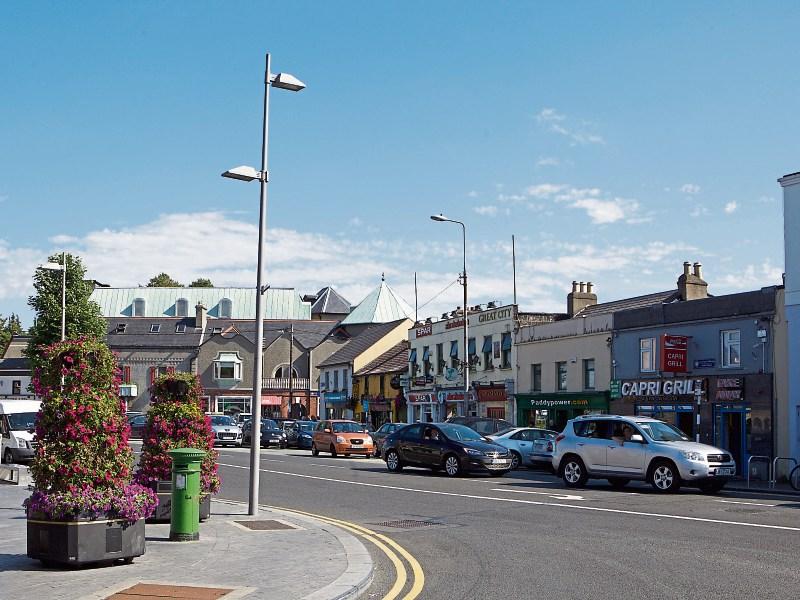 Poplar Square – one of the best known landmarks in Naas – could be renamed with a 1916 theme.

Local councillor Seamie Moore wants the 1916 Rising to be remembered by renaming a location such as Poplar Square with a name linked to the event like Independence Square, Pearse Square or Patriot Square.

However not every Naas Municipal District councillor supported the move with Cllr Darren Scully pointing out the other well known people from Naas could be remembered in Naas and “not just the past leaders of 1916.”

Naas Mayor James Lawless said Poplar Square is a “well established” name and perhaps other streets or landmarks might be renamed.

Cllr Moore said it’s “only fair and honourable that Naas give tribute to the events of 1916.”

He said: “Many streets, town squares, railway stations, bridges, schools and military barracks have been renamed around the 1916 leaders” in other towns.

He described Naas as being one of the most anglicised towns which has never “given any tribute to patriots or rebellious events or our national fight for freedom”.

On the contrary he said addresses in the town like Jubilee Terrace and Victoria Terrace reflect the UK governance here, while townland names like Halverstown, Punchestown and Sherlockstown reflect Ireland’s Norman history.

He conceded that Naas Town Council has named Wolfe Tone Street and Devoy road and the Army names Devoy Barracks and Devoy Terrace.

Nevertheless “there is nothing in Naas to recognise the 1916 Rising “