#GE16: One seat to play for in Kildare North 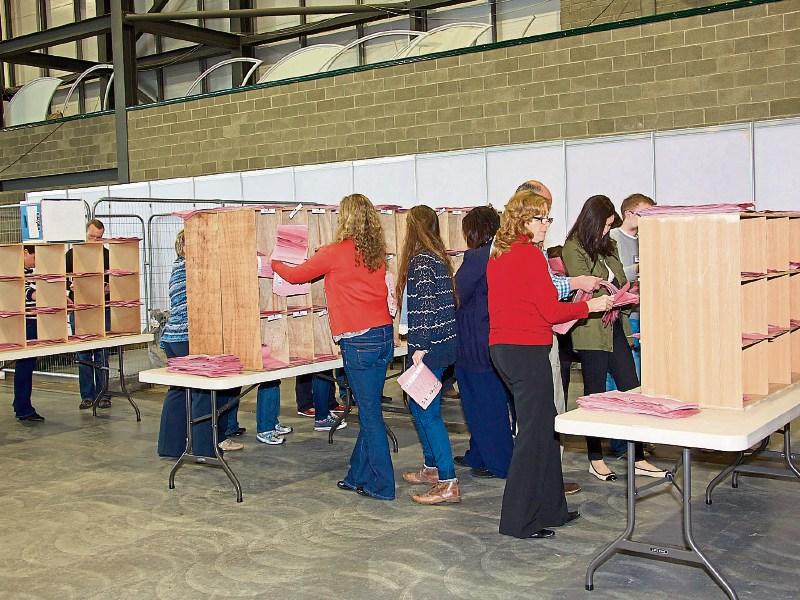 Housing, commuting, childcare, property tax charges – the woes of the North Kildare constituency voters are archetypical of the suburban commuter.

The four-seater constituency has a population of over 115,000 and an electorate touching 80,000. It lost four rural electoral divisions in the west of the county to Kildare South in 2013’s boundary redrawing, counting for some 4,698 voters.

North Kildare has its rural heartlands, to be sure, but the population is concentrated in its big northeastern commuter towns – Leixlip, Celbridge and Maynooth – with their ex-capital residents and high-tech industries; plus the county town Naas, itself a dormitory for Dublin workers as well as the recent home of the Kerry Group development.

There is a large cohort of ‘coping class’ voters, who were part of the massive population boom in the area of the late nineties and early noughties, before the economic collapse and recession. This group, which were neither part of the ‘K4’ rich-list glitterati during the good times, nor on the poverty breadline, are understandably looking for stability and a continuance of the recovery at the ballot box. Outrage over social injustices or airy-fairy promises of ‘greater equality for all’ made by the smaller parties are less likely to sway their votes than the evidence of a bit more in their pay packets at the end of the month; in essence, they are the very voter that Fine Gael was attempting to nail down with last year’s Budget.

But housing is a problem, and not only for low-income families receiving rent allowance who are simply at risk of becoming homeless because they can’t bridge the gap between what they receive in supports and what the rental market demands. On average, Kildare rents have risen by 10 percent in the last year, according to property website Daft.ie, and the north-east of the county is under the most accommodation pressure. Scarce family-friendly three-bedroom houses in Naas on the same website are being advertised to rent for €1,450 monthly. Even families with two adults working are finding the demand for and cost of housing in the county stressful.

The threat of rural crime is a worry, particularly in North West Kildare, and Kildare again has one of the lowest gardai-to-population ratios in the country.

Of the sitting TDs, for mer Independent Catherine Murphy, now of the Social Democrats, has likely done enough to comfortably retain her seat. Last year, she was one of the founders of the Social Democrats. Their stated opposition to the water charges and backing for the repeal of the Eighth Amendment is likely to attract protest voters in North Kildare who will back her as their strongest candidate. Her high-profile speeches in the Dail on Denis O’Brien’s banking affairs with IBRC didn’t do her reputation any harm either.

The two grand old gentlemen of Kildare North will be tough to oust. Bernard Durkan of Fine Gael is now 70. He was first elected in 1981 and has held the seat ever since then, barring nine months during the turmoil of 1982, holding several front bench positions in the intervening years.

The former leftist firebrand of Labour – though he’s been quieter in recent years – Emmet Stagg celebrated his 71st birthday last year. He has served the constituency since 1987. Last time out, Labour ran two candidates in the hopes of getting a brace of seats, but have decided to concentrate all their efforts on Stagg this time and not risk a split in the vote – not a bad decision considering the tide moving against the party.

Durkan and Stagg topped the poll in 2011 and it’s hard to see them being unseated this time. They know how to get out the vote, and you’d bet on them retiring on their own terms after another Dail term - or even two!

Fine Gael TD Tony Lawlor’s seat is the one that’s certainly at play in North Kildare. Lawlor was selected over Cllr Darren Scully to contest the election in 2011, and since claiming a second seat for the party then he has proven himself to be a competent, hardworking representative during his debut term. But it’s unlikely the Fine Gael support this time out will translate to two seats, and that’s all good news for Fianna Fail.

If the story of the 2011 election in Kildare North was the obliteration of Fianna Fail and the rise of the Blueshirts; the 2014 local elections saw a resurgence for the Soldiers of Destiny. They topped the polls in Naas and Celbridge-Leixlip with the two councillors who are contesting the general election, James Lawless and Frank O’Rourke, respectively, while bringing home another five party colleagues between Naas, Celbridge-Leixlip and Maynooth.

Fianna Fail has traditionally had a North Kildare seat, stretching back to the establishment of the constituency in 1997, when it was held by Charlie McCreevy. There was a blip when then Independent councillor Murphy took it from the party in 2005, the result of McCreevy’s departure for Europe, but the party took two seats with Aine Brady and the late Michael Fitzpatrick in 2007, before being completely ousted last time out.

Of Fianna Fail’s two candidates, James Lawless is most likely to take Lawlor’s seat. He’s essentially had an eye on the Kildare Street prize for over 10 years now and has worked at grassroots level with that goal in mind. Geography is working in his favour, in that he’s the only other strong candidate with a mid-Kildare base. Stagg, Durkan and Murphy are all based in the north of the county, as is Lawless’ party rival O’Rourke, though the latter has been trying hard to make inroads into mid-Kildare since his addition to the ticket. But the voters to the south of the constituency have generally held one seat for their own (including Fitzpatrick, McCreevy) and it’s hard to see them ceding a total whitewash to the Dublin-focused north.

For one thing, there are legitimate concerns over Naas town centre’s commercial future. The hulk of the abandoned shopping centre and two disused cranes cast a shadow over the town’s industrial and social success; and both traders and townspeople are fast running out of patience over the lack of action on the issue.

Of the rest of the runners, only Sinn Fein’s Reada Cronin and Independent Brendan Young, both councillors, are likely to make any kind of a showing at the polls.