Life in Bessborough: Kill woman Terry Healy gave birth in a mother and baby home in the 1970s 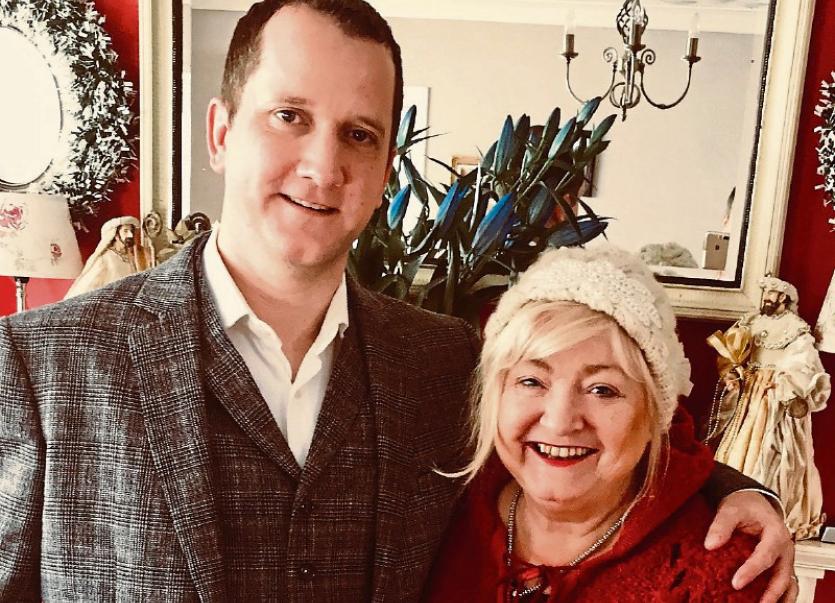 Terry Healy and her son Justin

The morning I told my father that I was pregnant was a morning I will never forget. At this time, we were living in a beautiful, old-world rectory in a lovely village in Co Dublin.

He came down stairs that morning as usual for breakfast, whistling a merry tune and was on his way to work. He sat down and ate his porridge, and I said that I wanted to speak with him. He was in a hurry and said “tell me what it’s about, and I’ll think about it during the day”.

Well, I just blurted it out: “Dad, I’m pregnant!” He looked at me and said: “Why did you not use something?”

I was stunned he said this — it was 40 years ago — but the Healy’s are very direct and do not beat about the bush. “I’m sorry,” I sighed. “Oh, I’m so sorry” he said compassionately, adding “we will talk tomorrow”.

We talked the next day and he said: “You will get married. I said that I didn't want to. This threw the cat among the pigeons. This he found hard, as I could see the worry of me having a child on my own release onto his face.

He knew the father of my child had been on a sabbatical from the religious life, and had taught special needs children in St John of God Brothers. He immediately wrote to him. He got a reply to say that he wanted to continue in the religious life, finish his degree and that it was up to me if I kept the baby.

My father was not too impressed with his Christianity, and some interesting words were exchanged by letter.

This is when I needed my mother. Dad was great, however Mam had died when I was 13 years old and left a huge wrench in my life.

I remember the pearls of wisdom she taught us when dusting on Saturday mornings. “Terry, never tell a man everything.” “Always have a few bob for a rainy day.” “Never marry outside your own religion or culture” – remember this was in the 1950s. “If you are bothered about anything, talk to Jesus.” She was amazing.

To keep the fact that I was pregnant secret, it was decided that I would go to the Sacred Heart Home in Bessborough, Cork city. It was difficult leaving my family, as we had only moved to rural County Dublin from Dublin where I was reared. I left my father and beautiful brothers, but we all knew that it was for the best. I would go to Cork to have my baby and have him adopted, and then go back to work in St John of Gods. It would be easy, or so I thought. Have the baby and give him/her up for adoption and get back to a normal life? How easy it could be! My baby would have great adoptive parents and could be set up for life. I had been advised strongly that two parents were better than one.

When people in Cork heard of a girl going to Bessborough they thought almost of Auschwitz, the terrible inhumane death camp in Germany. Bessboro by name was mentioned almost in silence in Cork as if it was a dirty word, it was a refuge for unmarried mothers who had sullied their souls and disgraced Catholics in Ireland.

There were only two major sins in those days and they were sex and missing mass on Sundays. We had sinned and were suffering the consequences. Ireland was a very Catholic country in 1976. We were the outcasts of society, the dirt on people’s feet. It caused a total outcry to be pregnant outside of marriage. We unmarried mothers were the lepers of Irish society.

The Sacred Heart home, or 'Bessborough' was an old house on hundreds of acres of land hidden away mysteriously from the realities of life. It was run by the nuns of the Sacred Heart with a firm fist.

I was given the name Olive by a nun as it was the next on the list. She meticulously marked me off as if she was crossing me off a Tesco shopping grocery list. It was a good thing to be given a nom-de-plume, so girls could remain anonymous if they so wished.

I was then shown to my room by the nun. I walked with my case through long, half-lit corridors, with statues of the Sacred Heart, St Joseph and Our Lady, and girls tittering outside their dormitories as if to say “here is another lamb for the slaughter”.

At any given time, there could have been at least 100 girls there, all longing to be at home, all afraid and lonely. We could not escape our destiny. The girls — some rich, some poor, hard cases, soft cases, rough cases, and nut cases — all bunched together in glorious technicolour. It was heartbreaking the stories of some. We were definitely the lepers of society in our island republic of Cork.

The refectory where we ate our meals seemed like miles of long tables of girls with the noise of chattering voices filling it.

Each girl had a baby to care for in Bessboro and chores to do.

I was assigned to the laundry to wash dirty, shitty, bloodied sheets by hand before they were put into a washing machine.

I also cared for Thomas. Thomas had hydrocephalus and was blind. He was a beautiful, angelic blue-eyed child, a couple of months old. He was my charge, as they called it in Bessborough. I was to take care of him until my own baby was born, and I came to love him. When my son was born, I would have to leave Thomas and another girl would take over the job. That so hurt and wounded me that I prayed consistently for someone to come and help Thomas.

One day, when I was frantic in prayer and feeling hopeless for Thomas, a Nurse called into the convent, asking could she foster a baby with disabilities? I was summoned to the head nun and she told me. It was such a relief; such joy that the very spirit in me knew Jesus had been listening to me and answered my prayer as he has done all of my life.

The majority of children born in Bessborough would have been given up for adoption. It was a constant struggle, decisions were being made or forced upon us.

We never discussed sex or having babies much then. We had never known too much other than that the baby was wrapped in swaddling clothes and appeared 'spick and span' in its loving mother’s arms, all smiles. 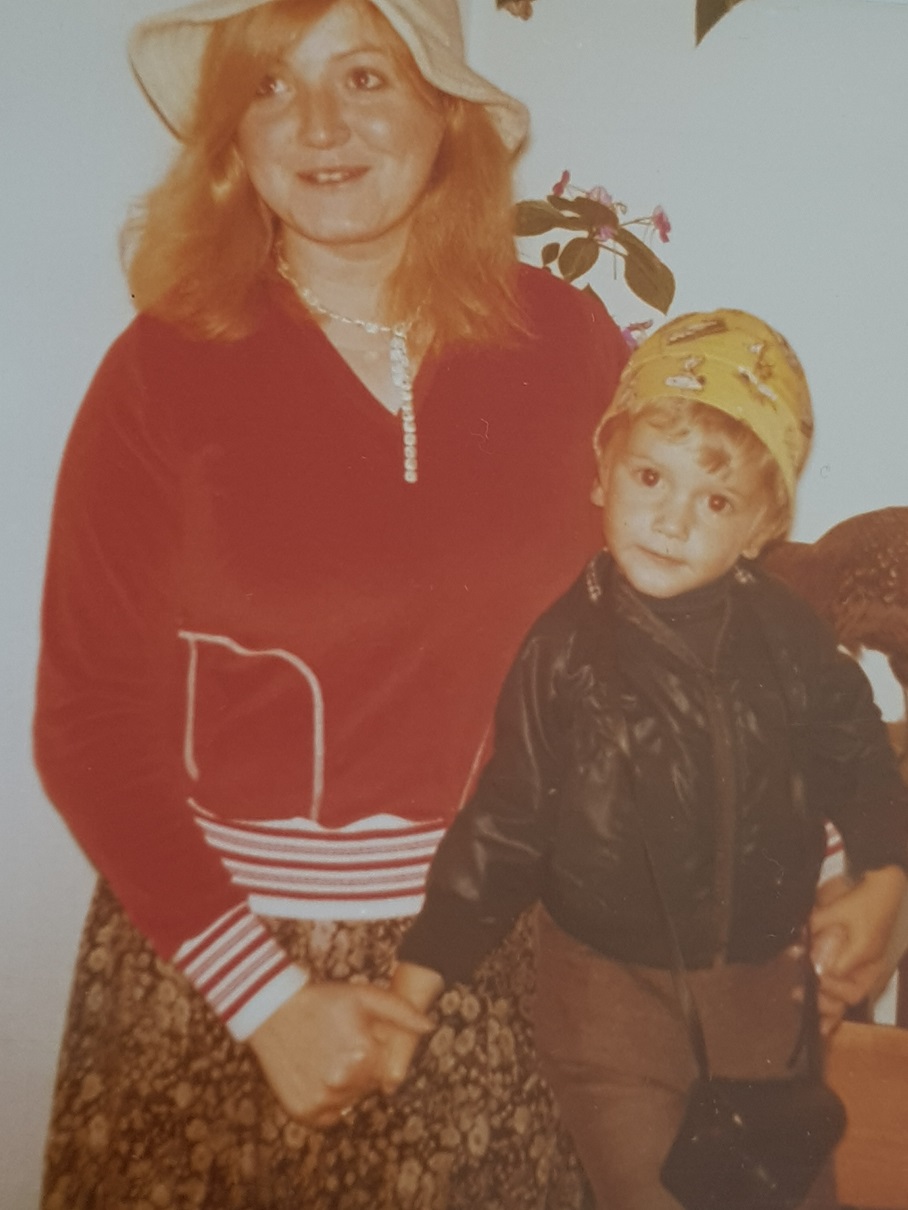 Terry and her son Justin, pictured when he was aged 4

Justin, my son was born in St Finbarr’s Hospital in Cork because the pretty nun, with no compassion, was off duty in the home. I was relieved.

I had no visitors to St Finbarr’s hospital. There were bunches and bunches of radiant, colourful, yellow and red flowers and big lavish boxes of chocolates delivered to other mothers in the ward and there was a large number of husbands visiting.

Of course, there was the finger pointing and hushed voices about me as the unmarried girl; the leper pushed away into the corner. I had no visitors but I was happy beyond belief that I had a beautiful son and felt like a million dollars that all had gone well, as I ate the nicest piece of toast and drank the nicest cup of tea imaginable.

When I saw my baby, I was immediately bonded with him forever. Love has no bounds. I fought like a lioness to keep him. I would have walked on hot coals. It was tough, very tough. For three months, he stayed in a halfway nursery for babies in Temple Hill, Blackrock, Dublin, until I made arrangements to care for him. It was the best decision I made in my life. When the priest in Dublin phoned me in Bessborough to congratulate me on the birth of Justin, I told him to f… off and leave us alone.

He had arranged for an adoption with an American couple. I was never going to let that happen as I loved Justin so much. No one was taking my baby — nuns, priests or social workers!

Matron came storming into the ward, looking for names for children who had just been born, and, believe it or not, I had no name. The matron insisted that it was imperative that I gave her a name immediately, as if another World War would commence if I didn’t. So, I came up with the name Justin.

Forty years have passed and I have had an amazing and very interesting life. I have many stories to tell, but I was shaped by Bessborough. I’m happily married to my soul mate, Peter, and have nine step adults and foster a disabled intellectually and impaired vision man. Two of my step adults are physically and mentally impaired. I must say it’s a happy, cheerful, loving household.

I am also blessed with my three beautiful grandchildren, a lovely daughter-in-law and of course, the son I always wanted, my amazing wonderful and beautiful son Justin.