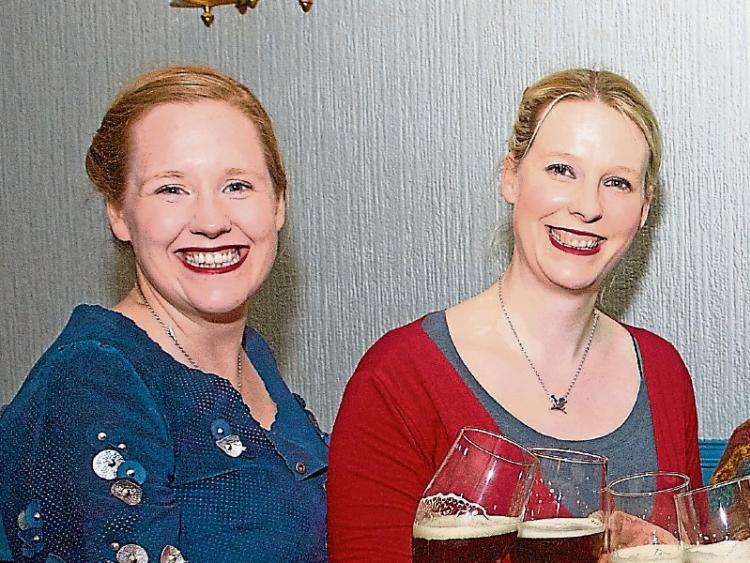 The first of February heralds the first day of spring in Ireland and of course holds a special significance for the people of Kildare as it is St Brigid’s day.

For the past few years, as part of Féile Bríde organised by the Brigidine Sisters from Solas Bhríde in Kildare town, we have hosted a tasting event in our pub, Boyle’s Kildare, to celebrate St Brigid, who is the Irish patron saint of brewing.

Brigid is the patron saint of brewers, was even known to pray for a lake of beer, and that every drink would be a prayer!

This year, our celebration is themed around foraged and found foods and beverages and is called ‘A Taste From Nature’s Bounty’ It will take place on Tuesday, February 6, from 7.30pm to 9.00pm.

This is one of the highlights of our year — it is a warm, welcoming, delicious and fun evening.

Tickets for this special event are €15 and will include tastings of food and drinks and can be booked through the events page on www.boyleskildare.com or by calling 086 8418909.

As Saint Brigid’s day is also synonymous with new beginnings and the first flush of new growth and spring, it is fortuitous the The Five Points Brewery have chosen this auspicious day to launch in Ireland!

In this column, we have extensively written about the renaissance in brewing on our fair island.

As the enjoyment and culture for beer in Ireland develops past the macro brands, and beer drinkers find a taste for craft beers produced by local artisans, is always encouraging to see great new beers come to these shores.

We believe in drinking local, and supporting the producers that live in our neighbourhoods.

Yet, being mindful that we all have a role to play in supporting great producers, it is worth noting that this commitment to sourcing the best local products is not limited to just our physical surroundings.

We can choose to seek out local producers from other areas; the best cheeses from cheesemakers committed to making superb products from local milks, fantastic wines from wine makers committed to growing and harvesting grapes with attention and care.

We believe that championing produce made with an attention to detail, passion and care which is reflective of their own sense of locality, and so we aim to discover and try delicious beers in line with that ethos.

If there is fantastic produce on your door step then look no further, but also be aware that good things can come from local areas that happen to be just further away.

The Five Points Brewing Company is a case in point.

Since its foundation in March 2013, this independent brewery, based in Hackney in East London, has always been committed to the highest standards regarding the people it employs and the beers it produces.

They brew beer that is unfiltered, unpasteurized and full of flavour.

It was the first brewery in London to adopt the living London Wage for its employees, and The Five Points Brewing Company understands the importance of a sustainable business.

They are based in Hackney because the owners and founders live in Hackney, and it was important for them to be part of their local community.

They strive to be a socially responsible business and employer and aim to contribute to the community around them.

As well as being a Living Wage employer, they run an apprenticeship scheme for 18- to 24-year-olds in Hackney.

With an eye to the environmental impact of the brewery, they source the electricity for their brewhouse from 100% renewable sources, moreover they are committed to assisting local charities and community projects.

Having made its mark on the greater London area by producing high quality, consistently well-brewed beers, due to a fortuitous move to Ireland by Francesca Slattery, who has worked for the brewery in the UK, The Five Points Brewing Company beers will now be available in Ireland.

Keep an eye out for their tasty brews and be assured that they will reach Ireland in peak condition as beers for our market will have been brewed within three weeks of dispatch.

Some hop-forward styles will be canned the day before collection for Irish delivery, ensuring tasty, aromatic and full of flavour beers.

READ ALSO: WATCH: How to make a St Brigid's Cross

Judith Boyle is a qualified chemist (MSc) and accredited beer sommelier. Susan Boyle is a playwright, artist and drinks consultant. See www.awinegoosechase.com. Both sisters are proud to be fifth-generation publicans. Their family business is Boyle’s bar and off-licence in Kildare town. They write the weekly 'Brewin' Up A Storm' column in the Leinster Leader