Robert Mulhern examines the lack of environmental leadership and activism in Kildare, in comparison with other countries 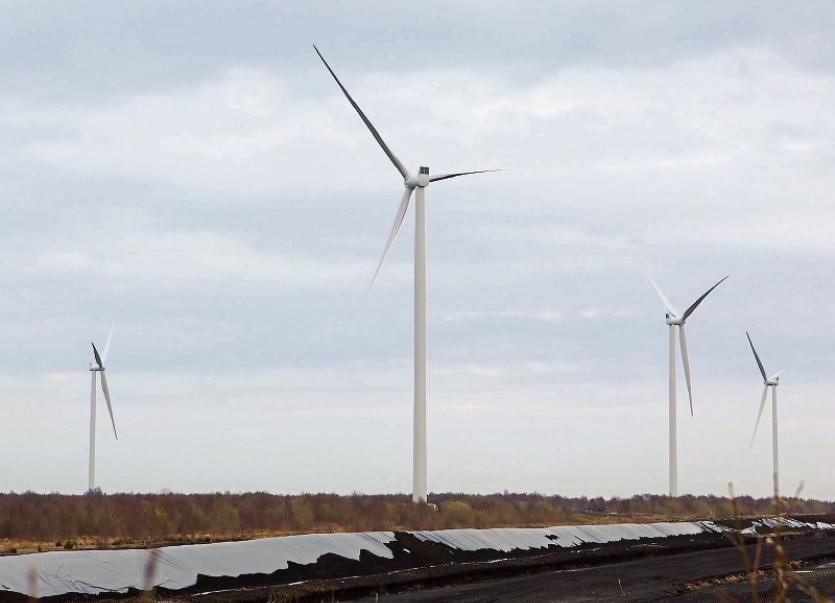 The wind farm at Mount Lucas, near the Kildare border

So, too, was wearing your schoolbag over both shoulders and only the bravest among us would have considered going outside in a shell-suit tracksuit or driving a car smaller and quieter than its exhaust.

For some reason I never quite understood, local environmental issues always felt distinctly unfashionable too, with the exception of the annual Tidy Towns competition, which brought the kind of collective-shovel-carrying
-response a then-fracturing USSR could only wish for.

But in a peculiar contradiction, any strain of activism that tried to tap into an environmental conscious brought about the kind of queasiness Superman experienced whenever he was around Kryptonite.

Then the world changed…

The War on Terror! ISIS! The threat of nuclear armageddon!

But scientists who’ve been sending weather balloons into the atmosphere for years say these issues pale against the bigger issue of pollution and the environment.

And where the environment fits in the public conversation is one of more curious differences between London and Kildare.

This is London, where you can go from one week to the next without seeing a blade of grass, but where’s there’s an obvious collective conscience for places where grass still grows.

And then Kildare, where I’ve yet to feel any real transfer of that sentiment.

Part of the reason is the absence of any leading voices and the Green Party has yet to recover locally from the collective kicking it took nationally as a coalition government partner.

Once upon a time, this political agenda was promoted by people like Sean English and JJ Power, who did forge significant local profiles within the Green Party locally.

And while I can’t remember their policies, I can remember the sometimes dismissive attitude to their presence in a landscape where the most pointed environmental issue now, is resistance to renewable energy.

More than 20-plus years on, the attitude to what they were waving a flag high for hasn’t evolved much, even against the backdrop of a the downturn in climate.

Local opposition to renewable solutions, understandable as it is for the impact on those living nearby, comes against the backdrop of Ireland’s bottom-of-the-table performance in the EU carbon emissions league table.

Locally and nationally, we’re not at the races in terms of finding solutions to this must-solve problem, and when you think about it there’s not too many degrees of separation in that failure and a Trump White House who people are happy to take aim at for pulling out of the Paris Climate Accord.

Unfortunately, Kildare doesn’t get a pass on trying to solve a problem that continues to leave the rest of the world scratching its head.

It’s inevitable and necessary that solar farms and wind farms will form the future furniture of Ireland’s landscapes and sea-scapes.

And if the solution to Ireland meeting 2020 CO2 targets is not the production of energy in these forms then what?

The challenge for community leaders is an uenviable one because to hit that 2020 figure the weight of compromise has to fall in favour of the environment.

I read a recent column by Conor McHugh in these pages about the future leadership on green politics in Kildare and probably, the best path is promote environmental practices that save people money.

Whether that’s free car tax in London for a low emissions vehicles or free electricity in Germany when there’s an over-abundance of renewable energy.

And a world of falling power prices, water costs, and where it costs significantly less to run your car, is the beginnings of a mandate people could start to buy into.

The black-slip might be back before that future comes into fashion and in the meantime I’m off to complete my green conversion in that mythical hippie commune, out the back of Blessington somewhere.