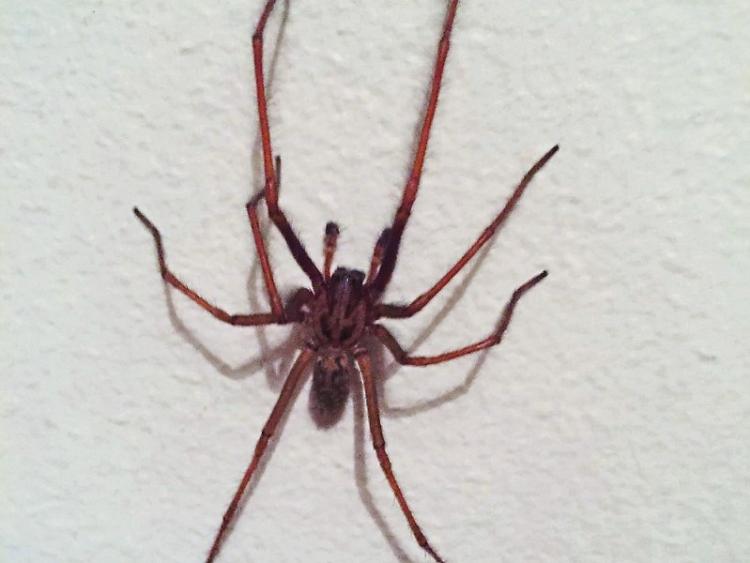 Has your home been invaded by the common giant house spider (damhán tí as Gaeilge)?

Spiders are members of the arachnid family, all of which have eight legs.

As its name suggests, this particular spider is large, as the female's body can grow up to 18.5 millimetres in size with a legspan of up to 45 millimetres. The males are slightly smaller, growing up to 15 millimetres with an impressive leg span that can reach 72 millimetres in length.

Both males and female are similar in appearance with dark brown bodies. They both also have three light spots on their sternum while the abdomen features six lighter spots on each side.

The body and legs of the giant house spider are also covered in hairs, a characteristic that will help you to distinguish this species from the domestic house spider.

As carnivores, they use their webs to help them catch prey. The giant house spider builds a rather messy looking web with a funnel at one end. The adult waits in the funnel until its prey is caught in the web.

Females remain close to the web at all times, however, and it is the male that you will find in your bathtub or on a wall in your sitting room as it moves around in search of a female.

Each egg sac laid by the female will hatch up to 60 spiderlings and it is thought that this species of spider can live up to three years.

Remember spiders are natural predators and are great at controlling flies in our homes. If you are like me and are not too keen on these spiders, to remove them from your home place a glass over the spider, slide a piece of paper underneath the glass trapping it in the glass and release it outdoors.

Nuala Madigan writes the weekly 'Wildlife Watch' column in the Leinster Leader. If you would like to suggest a species to focus on for ‘Wildlife Watch’ contact the Bog of Allen Nature Centre on 045 860133 or email bogs@ipcc.ie.