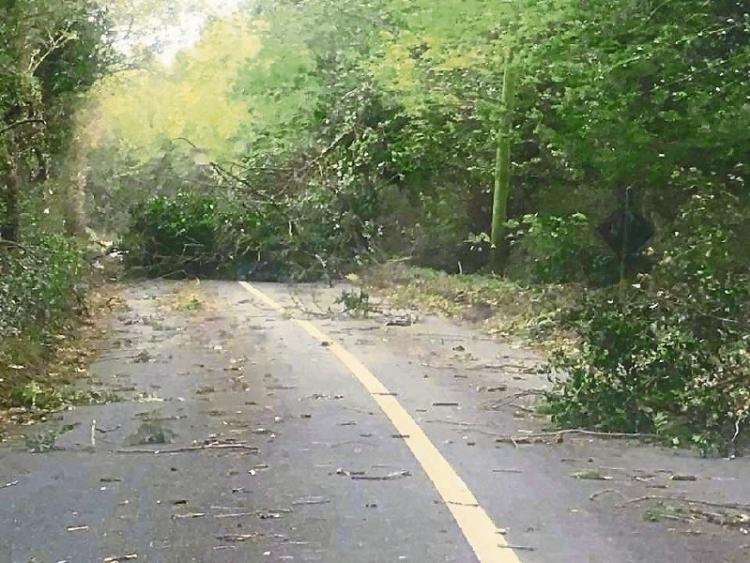 Hurricane Ophelia caused storm damage across the country. Picture of a tree down in Rathangan by Andrew Donegan

If ever there was a reason for using the services of a loss assessor, the aftermath of Storm Ophelia is it: roofs blown off; trees uprooted; cars and buildings damaged by flying debris and flooding. The estimated cost of damage nationwide could be as high as €800 million.

All over the country, with electrical power and water services only just restored, home and business owners are completing their insurance claim forms. But how many know to use the services of a loss assessor, who will act on their behalf in what could be a lengthy and potentially expensive claim process?

Niall Daly, is the owner of an independent loss assessors, ProInsuranceClaims.ie in Co Meath, with sub-offices around the country. A loss assessor “can typically increase the payout of an insurance claim by 30%” and speed up a potentially long, drawn out process, these days mainly due to the shortage of trained adjustors in insurance companies.

“The insurance companies have made significant cuts to their loss adjustors. Policy holders are finding that their claims call will be taken by junior, inexperienced staff who don’t properly understand the claims process.”

This is particularly the case after a big storm event like Ophelia and while a typical claims process can take about four weeks, it could take longer to process Ophelia claims.

Ideally, the first thing the householder should do is to contact their insurance company to report the damage. But many people will have to take some remedial action, even before the insurance company is alerted, an action that might cost you money right away.

In such a case, you need to log every action, says Daly, or risk not being fully compensated by their insurer. “This means taking pictures of the damage and keeping all receipts for any tradesmen call-outs, repairs or vouched expenses.

“You should be looking for an interim payment from your insurers for this, to ease some of the financial burden,” he says. This might even include the cost of accommodation if you have to leave your property. Most insurers will pay interim payments under the terms of the contract for natural disasters, he explains.

However, any arguments — and delays — that can emerge are usually over the total cost of the damage and repairs. The policyholder needs to keep in mind that the loss adjustor is there to act in the interest of the insurer, not you.

Contacting a loss assessor before you engage with the insurance company means you now have a counterparty acting in your interest at all times and when the loss adjustor is assessing the damage (and doing everything possible to reduce the cost to the insurer). Attention to detail is crucial for a correct damage report.

A good example, he explains, is water damage to the property — a far more subtle claim than missing slates on a roof or a tree collapsing on a shed (or car), both of which can be easily verified and costed.

“The loss assessor will always use a moisture meter to determine not just the immediate damage caused” — like ruined floors and carpets, damaged electrical devices and plasterwork. A moisture measure over 16% suggests the problem is more serious, says Daly and that once the property dries out the damage could be very extensive.

“Adjustors don’t use these meters for obvious reasons and prefer to settle quickly. A €5,000 visual damage assessment may seem fair, but often we find the actual cost of the damage could be €15,000 or €20,000.”

Roof damage after a big storm isn’t just about agreeing the cost of replaced slates or chimneys. “Where scaffolding is required, householders need to be very careful about the adjustor’s recommendation.

A scaffolder without the correct insurance/public liability cover might cost less, but could ultimately cost you a great deal more.

An assessor will make sure the right scaffolder is hired and is paid for by the insurer.”

Insurance companies are compelled by the Consumer Protection Code of 2012 to always “act fairly, honestly and professionally” with their customers, but they are not obliged to inform you of all the items that you are entitled to claim for, he explains.

They can also be quick to try and convince policyholders not to hire an assessor on the grounds that it’s just an extra expense.

Assessors are paid, as will be the quotations that builders and trades people will charge to assess the damage, out of the final award, which is typically 30% higher than an adjustor’s award recommendation.

The assessor’s fee is typically 10% net of the final award.

Finally, always deal with an experienced loss assessor company. Under the Central Bank’s Minimum Competency Code they must be an APA or Accredited Product Adviser or work under a supervisor who is.

Due diligence is the other safeguard you need to make a successful claim.

If you have a personal finance question for Jill, email jill@jillkerby.ie