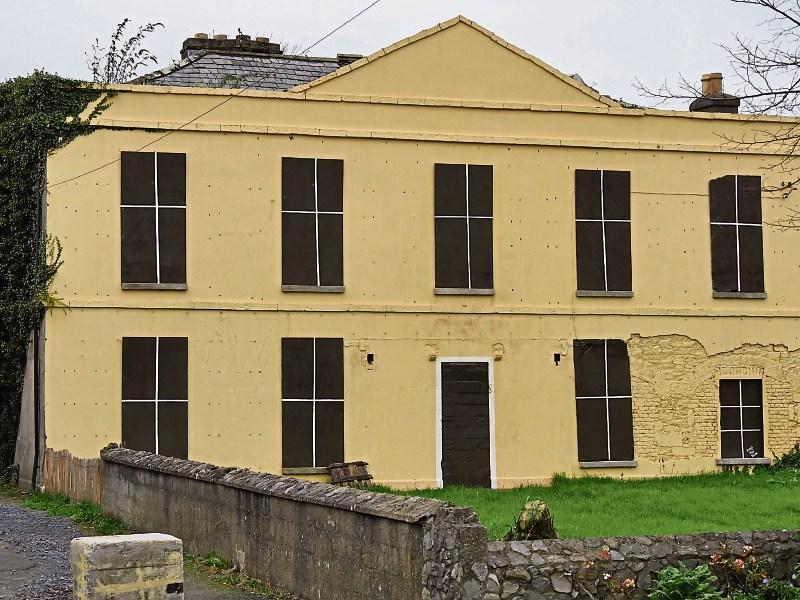 Kildare County Council isn’t in the market for Market House — the historic canalside dwelling near the Grand Canal branch in Naas.

Moreover, the building doesn't qualify for money given out through the community monuments fund because it was built post 1700 and is not on the record of ‘monuments and places’.

However, a Naas Municipal District meeting heard on December 14 that as a protected structure it does qualify for built heritage investment grants.

However this is for the repair of buildings — not to buy them.

Naas Mayor Seamie Moore suggested that the house should be bought by KCC under a compulsory purchase order.

Market House, previously the subject of a plan to develop a pub and restaurant, was more recently placed on the derelict sites list.

The historic building was erected by John Bourke, the fourth Lord Mayo, about 1813.

It was, according to the National Inventory of Architectural Heritage, regarded as an “important component of the early nineteenth century built heritage of Naas”.

Cllr Moore said no progress has been made on a future plan for the house.

“It’s falling into decay, it’s going on fire. It will be an eyesore as we’re trying to redevelop the canal quarter,” he said.

Cllr Bill Clear said there is no other way for KCC to take ownership of it other than through a CPO process.

However, KCC district manager Eoghan Ryan said there needs to be a clear picture about what will happen to the structure after it was bought.

“We need an end game plan after it is bought because it will cost a lot of money to conserve,” added Mr Ryan.

He added the council’s preference is to see the Market House building function as an active commercial premises.