OPINION: How I miss the old Naas barmen in London

From perfect porter to bad pints 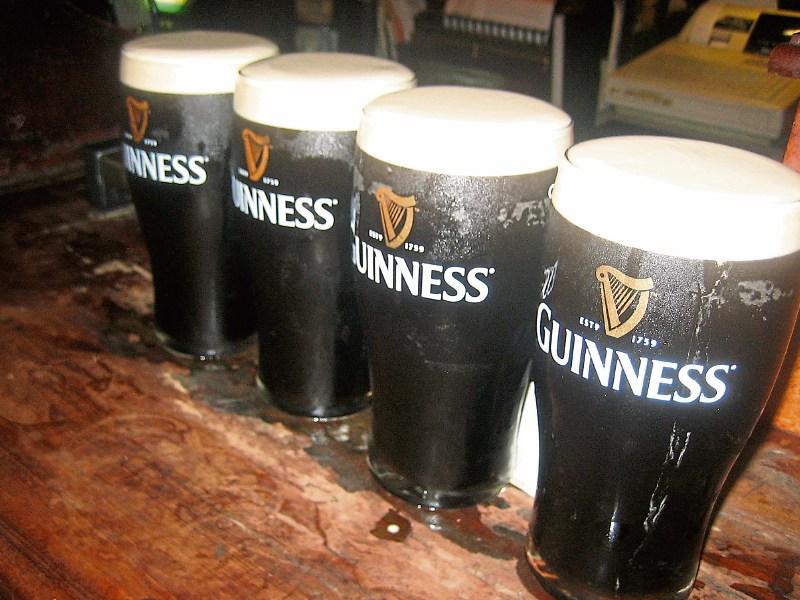 Bad bar staff!
It’s the thing that pisses me off most about London.
Pints of Guinness poured in one go.
Pints pulled from one tap, then topped up from another.
Not to mention the terror threat of taking more than one order at a time.
Or worse still, acknowledging a customer’s arrival at the counter by ignoring them.
The West End can be a black spot for bad pints of the black stuff and desperate service.
It makes you appreciate the kind of service that's too seldom celebrated at home. I used to watch Bill McCormack with curious appreciation. He could take a knife to a pint of Guinness down in McCormack’s lounge and tidy any spillover with easy brushstrokes.
When John Lynch moved across the street from his shop to take charge of the afternoons in The Five Lamps, it was all large bottles of Guinness, sincerity and a still-like atmosphere before the storm.
When the storm raged late on those Friday nights, I’d marvel at the dexterity of Pascal behind the counter.
With just the two hands he could manage three pouring taps and six orders with the same unflustered grace as John hours earlier. He must have invented that move of jacking-up a pint underneath a running tap by using an empty glass.
It was like he was buying extra seconds back off the night in the name of taking more orders. And just when you thought beer was going to spill everywhere he’d spin back around and knock off the tap with the deft flick of the elbow.
It was approval nodding service built on milliseconds.
The Central London beer-scape fizzes with foreign staff but I only remember one arriving in ‘90s Naas.
Monasterevin was positively foreign back then but Mondeo travelled all the way up from the Mediterranean.
He worked down the back of the Paddock before they turned it into a bookshop.
He always looked half-stunned too.
Maybe it was the volume and the frequency of orders.
Probably it was both, topped off by the night someone ordered a Guinness... from Haydens.
Down in Haydens, the ability to remember detailed rounds on the busiest of nights was an exhibition of recall.
For a repeat order you just presented close enough to the counter to be seen and then nodded in the direction of Pat.
Back down the other end of the town in Kavanaghs, Mick Dooley from Laois was a steady pair of hands when Dave Mooney was on his way to becoming the new pair.
John Bruton stopped by for a pint when he was Taoiseach. By all accounts he was served 568 millilitres of political correctness, velvet black with a perfect collar.
The standard was set and seldom was it allowed to drop.
And if swift service was a shared trait then the rhythm of delivery from behind the counter in the Bauhaus was a thing of Champions League tempo.
It was like Strictly Come Dancing but with taps for a partner instead of Susannah Reid.
It feels strange to associate a similar brand of razzmatazz with Fletchers but this remains the scene of arguably the most celebrated service story in the history of the town. The night way back when Tommy asked Ron Wood and Eric Clapton to put away their instruments and pack up their singing voices.
Appeals for clemency fell on deaf ears.
Faced with bad service so often these days I think of that no nonsense tale and increasingly I arrive at the same conclusion.
Boy could we do with Tommy Fletcher over here.
Robert Mulhern is a London-based journalist contracted to RTE's Doc On One programme