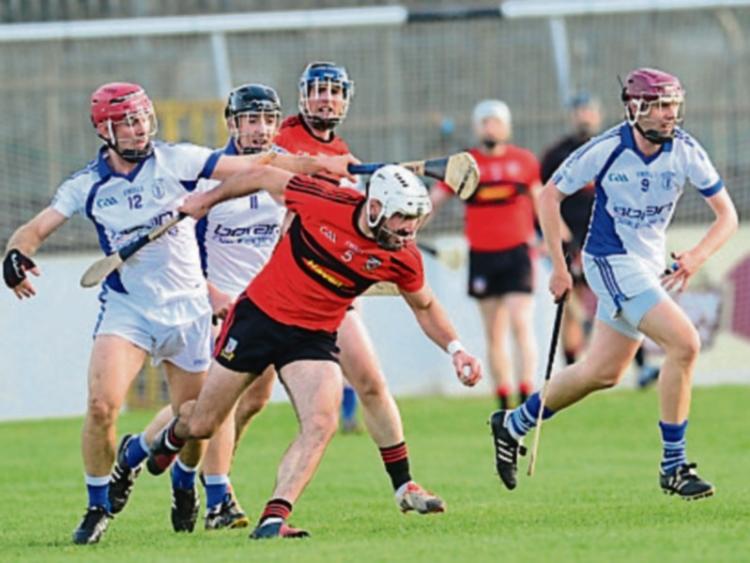 Fergal Conway of Celbridge tries to get away from Philip Cocoman, Richard Ryan and John O Malley in the Senor Hurling final at St Conleth's Park, Newbridge. Photo: Adrian Melia

Celbridge were crowned senior hurling champions of Kildare after defeating a disappointing Naas side at St Conleth’s Park, this afternoon.

In a game that never reached the expected heights, Celbridge were dominant throughout and led 0-10 to 0-3 at the break.

Naas did improve somewhat in the second half but never put any real pressure on Celbridge with the Naas goal coming in the 62 minute from their only scorer on the day, Jack Sheridan.