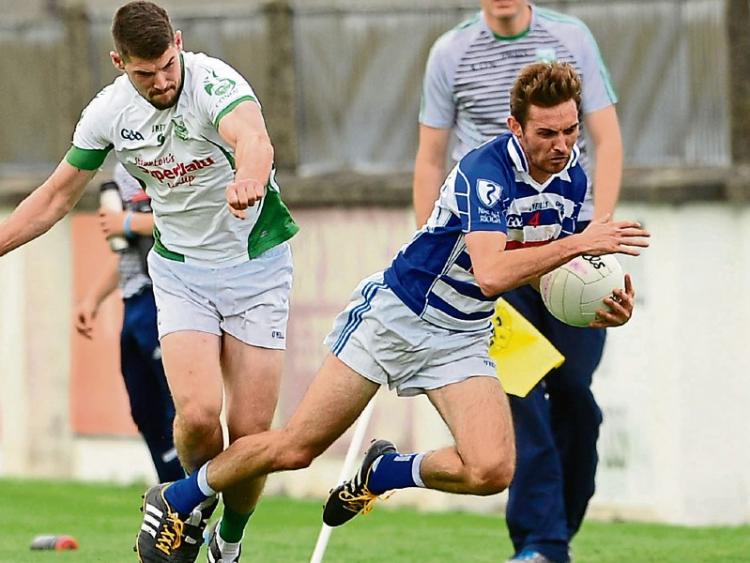 Stephen Pigott of Naas is sent over the sideline by Gary Savage of Confey in the Joe Mallon Renault SFC quarter final at St Conleth's Park, Newbridge, on Saturday

Celbridge and Confey both booked semi final spots in this year's Joe Mallon Motors SFC semi finals with wins over Carbury and Naas respectively at St Conleth's Park, on Saturday.

Meanwhile in the intermediate championship semi finals St Kevin's got the better of a fancied Clogherinkoe side by a point (0-11 to 0-10) while Raheens and Ballyteague must try again in mid-week after they drew 1-11 apiece.

This afternoon, Sunday September 11, the two other intermediate quarter finals, Suncroft v Two Mile House and Round Towers v Straffan get under way at Hawkfield beginning at 5pm; while before that the two SFC relegation semi finals will see Clane play Eadestown (2pm) and Allenwood take on Monasterevan at 3.15 at the same venue.