WATCH: How to make a St Brigid's Cross 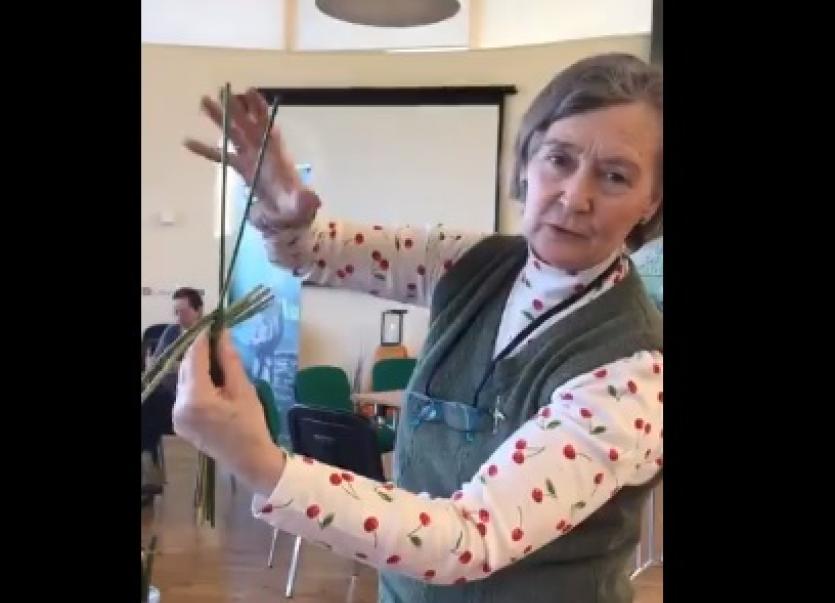 Today, February 1, is the feast day of St Brigid, the patron saint of Kildare.

The fifth century saint founded a religious settlement in Kildare town and inspired many myths and legends, including that she was granted land by the King of Leinster after she spread her cloak wide to cover several acres of Kildare turf.

Crosses made by locals, schools and community groups will be on sale across Kildare today.

A St Brigid's Cross weaving workshop was held at Solas Bhride in Kildare town this morning. Watch Newbridge woman Martine Dunne, who has been weaving the traditional crosses since she was eight, demonstrate how to make a St Brigid's Cross. The secret is in the squeeze and the twist!

WATCH how to make a St Brigid’s Cross pic.twitter.com/dlESZ76XNm