LIVE: Kildare family who won half a million revealed!

Lotto Plus One Winners from Kildare collected cheque today 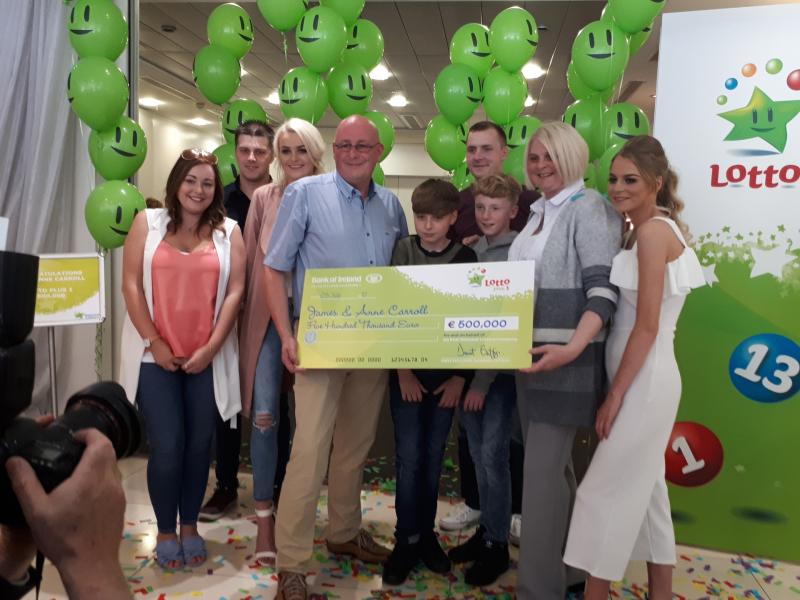 The Carroll family from The Curragh

The identity of the Kildare family who scooped €500,000 in last weeks Lotto Plus One draw has been revealed.

Jim Carroll and his wife Anne, from the Curragh, are the lucky winners. 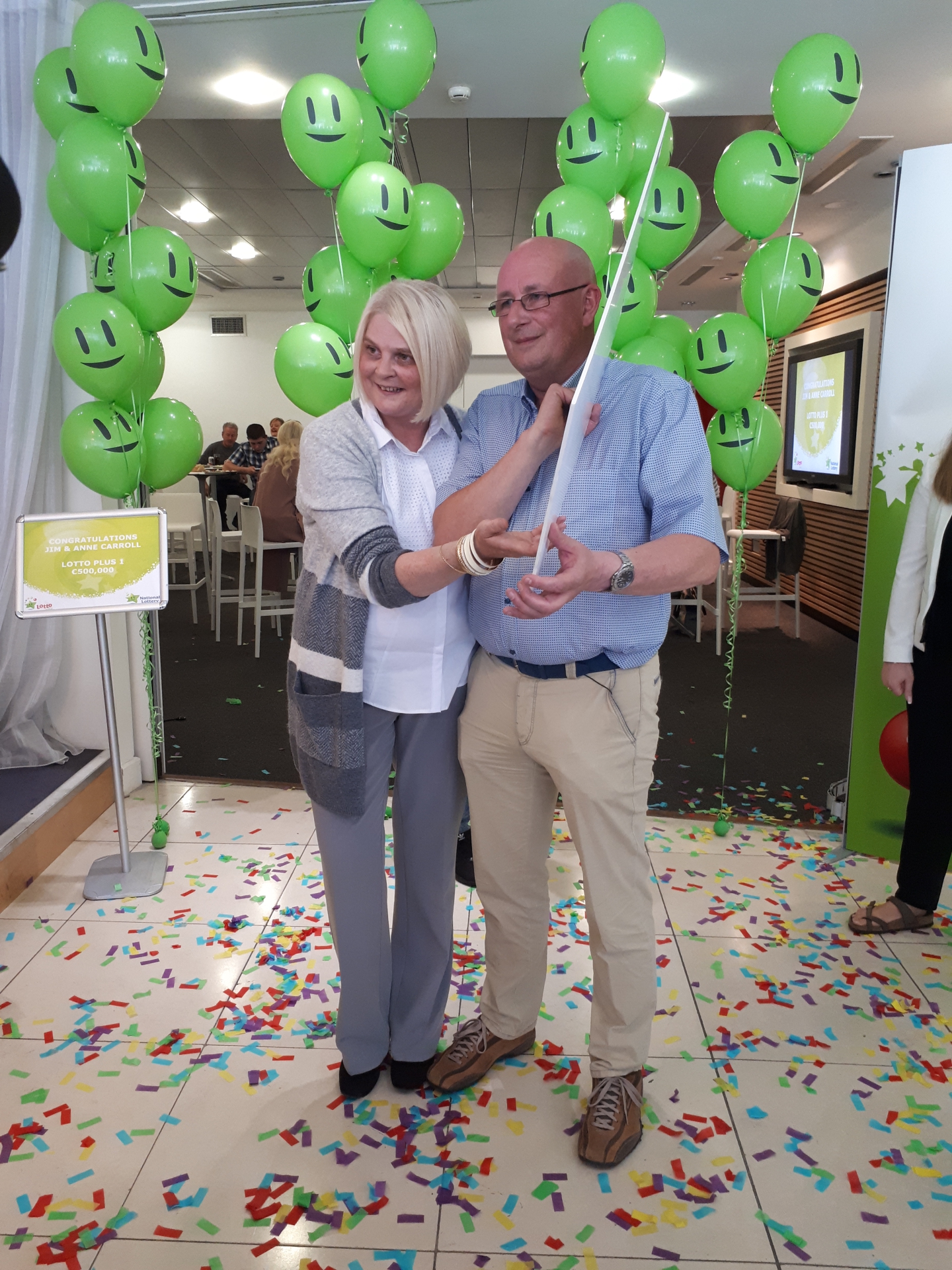 "Absolutely delighted. In general, people just couldn't be happier for us. It's a very tight community the Curragh itself, and people are over the moon for us in all fairness", said Jim.

Jim is a paramedic in the Kildare Defence Forces.

His wife Anne said the reaction in Kildare has been fabulous.

"People sending me messages, phone calls, the support. We always said it about the Curragh, they're great. They're more like family than friends up there".

The pair have seven children, aged between 13-30, who all joined the duo to pick up their cheque at National Lottery headquarters in Dublin today (June 5).

Jim uses his children's birthdays as his lotto numbers.

Zoe, Darren, Shannon, John, James Jnr, Fintan, and Dermot all joined in on the celebrations today.

"They have their eye on a few bits and pieces, so we won't be long spending it on them. My wife and I have promised ourselves new cars and after that, we will be sharing the rest of the winnings with our family", said Jim.

Darren and John work in the Army in the Curragh, Shannon works in Bord na Mona in Newbridge and his two younger boys are still in school.

Jim bought the winning ticket at O'Donnells Centra store in the Curragh Camp last Wednesday (June 28), and staff there were thrilled.

"I suppose when you know someone so well, and you're in there maybe ten times a day, and even now they're still pointing the thumbs up when you're going in!", added Anne

He worked a night shift that night and couldn't believe it when he realised the news the next day.

"I was in absolute shock. I was in no fit state to go to work the following day so I had to ring my boss to let him know that I wouldn't be able to work as I had won a few quid on the Lotto!".

Jim has been playing the lotto since the game began in 1988. 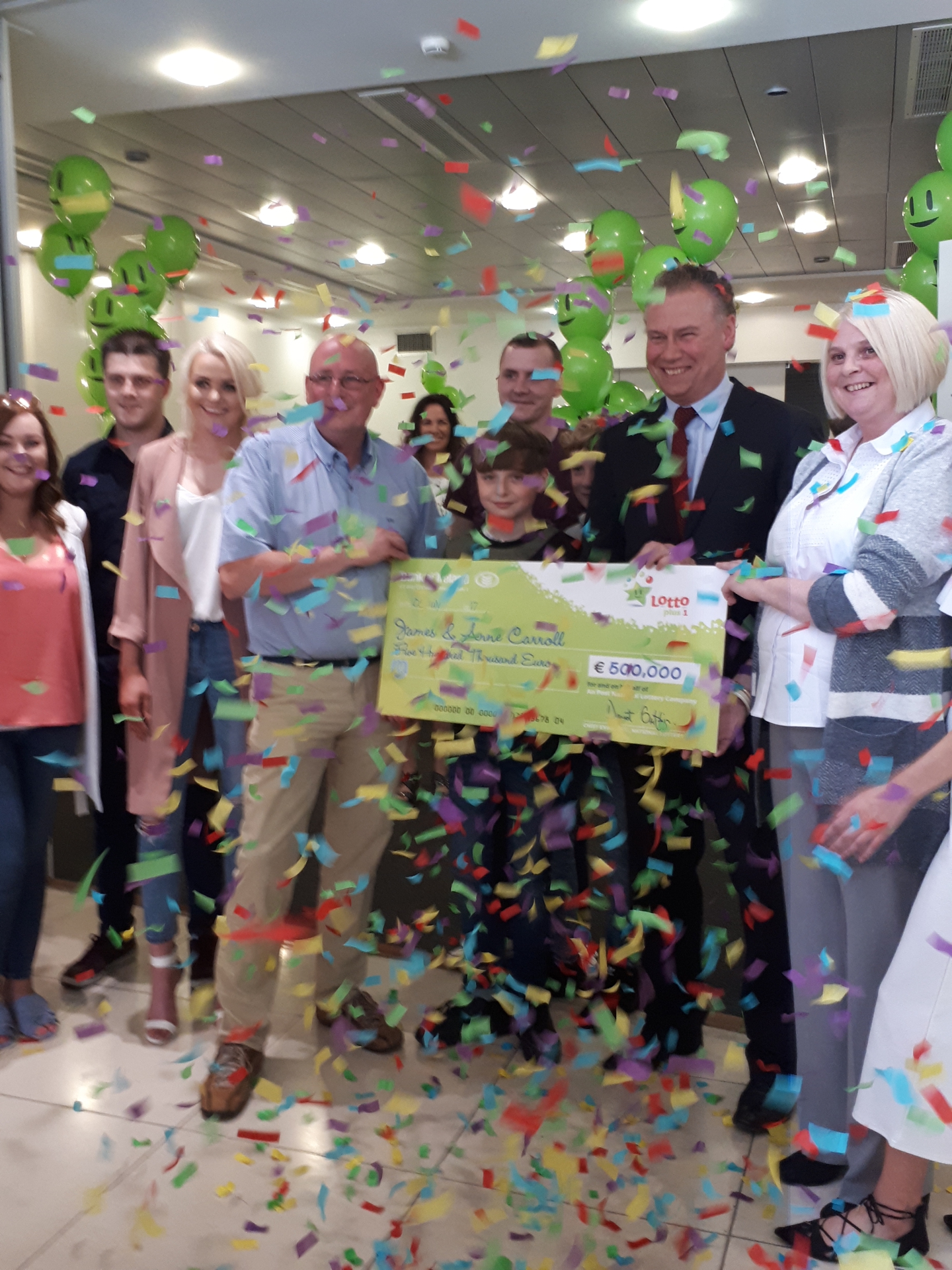