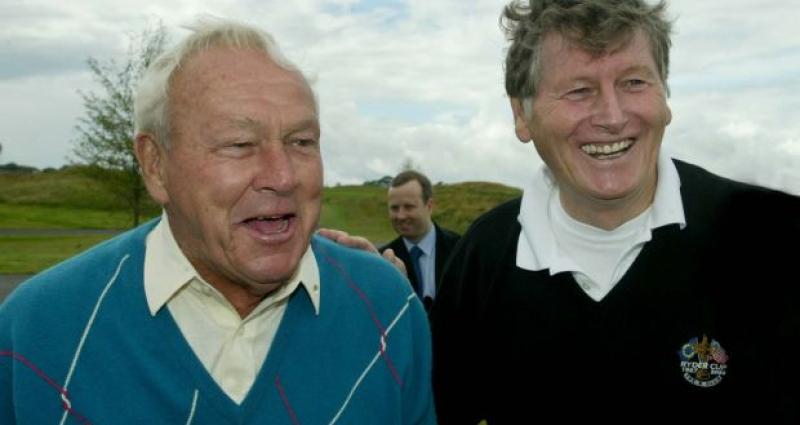 Arnold Palmer, who died on Sunday, will be remembered around the world as one of the greatest golfers of all. He also made his mark in this part of the world.

The iconic golfer was behind the design of both of The K Club’s championship golf courses.

Dr Michael Smurfit, the owner of The K Club, said he was devastated to hear of his death and said that although initially Arnold Palmer was a business associate, over the years he became a great friend to him.

Palmer designed the first course at The K Club in 1991, some 25 years ago this year. The course quickly became known as one of the best courses in Europe and famously hosted the Ryder Cup in 2006, when Europe emerged victorious over the USA in a dramatic golfing tournament that was watched by millions around the world.

In 2003 Dr Smurfit opened the second course to the south of the River Liffey, this dramatic, inland links inspired course was also designed by Palmer who created a course that was  distinct to the parkland style, Ryder Cup course to the north of the estate.

The K Club has gone on to be the host venue for some of the world’s most dramatic golfing moments and Palmer’s wit and skill has challenged the brightest and best golfers in the world.

Remembering Arnold Palmer, Dr Smurfit said, “I truly loved the man. I thought he was exceptional. He was charismatic and humble at the same time, attentive, just an absolute gem of a human being, he was the most charismatic golfer in the world, that’s for sure.”