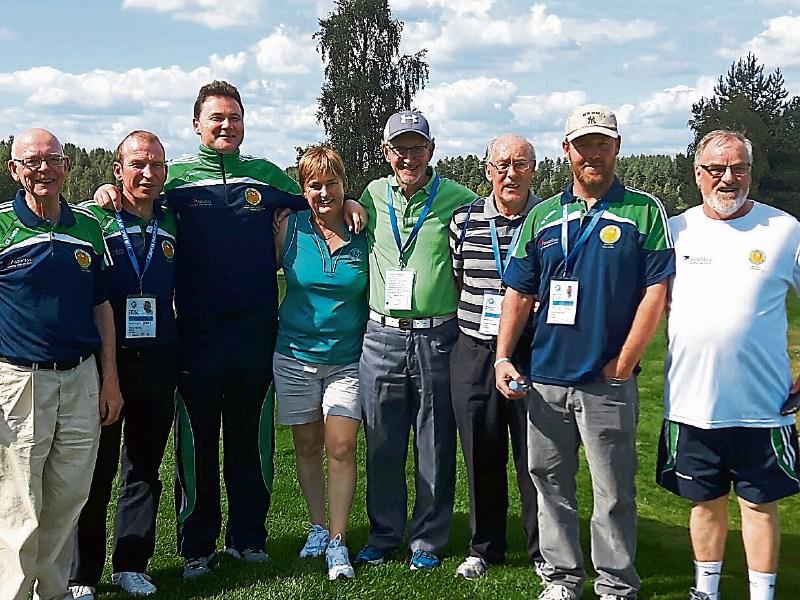 Kildare's Transplant Games star James Nolan today (Friday) added to his medals tally after he won silver in the 400m at the European tournament.

The ninth European Transplant and Dialysis Sports Championships is currently being held in Vantaa, Finland.

Nolan, who runs the award-winning Nolans Butchers in Kilcullen, underwent a kidney transplant 29 years ago with an organ donated from his sister Catherine .

“It bucketed rain but there was a silver lining to the awful weather,” he said after today's win. “Everyone did brilliantly. This time last year I was on my back following a hip replacement so it was really enjoyable to be able to get out and run.”

Nolan missed the World Transplant Games last year in Argentina because of his operation. He paid tribute to his wife Emma and his son for their support.

There was also good news at the games for Portarlington man Eddie McAuliffe, who is originally from Kildare. He won a silver medal for his gross score in the 0-18 handicap in the golf.

“I am delighted with the result. It was a tough course, but I had a very strong finish,” he said.

Ireland has 28 members competing in the games. There are some 500 athletes from across Europe competing in total — all having received either a kidney, liver, heart, lung, pancreas or bone marrow transplant.