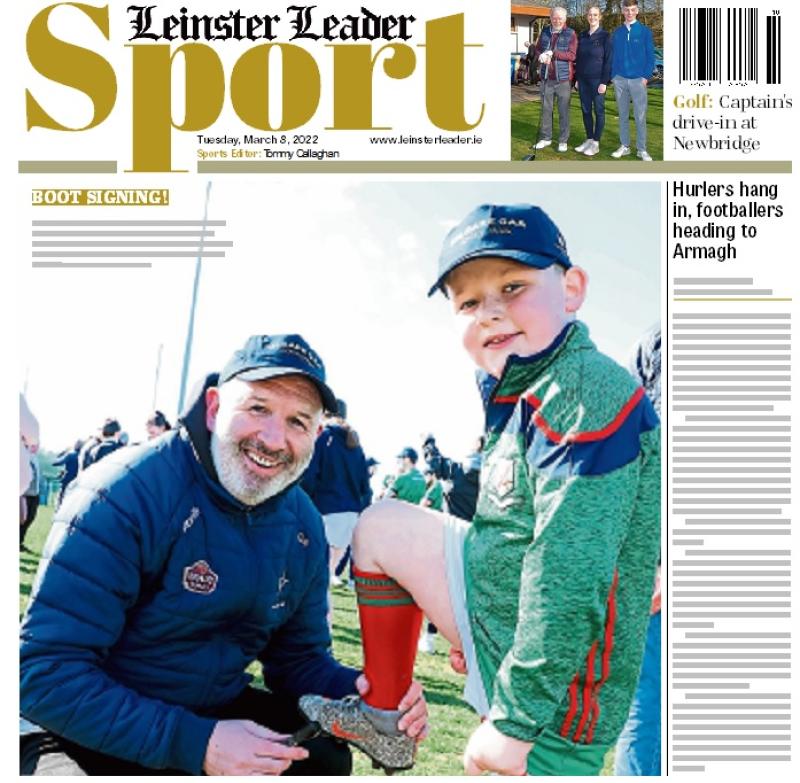 Lilies head to The Orchard in search of a point or two (Tommy Callaghan);

Round 2 of the Aldridge Cup, reports and fixtures.

Win not enough to see Kildare U20 through.

All square as Kildare Ladies look forward to a League semi-final, while the U16 girls get their championship ambitions off to a perfect and impressive start.

Pitch & Putt: Part 1 of a series of coaching guides begins this week.

Racing: Double the order of the day.